Palestinians killed for their organs by Israelis 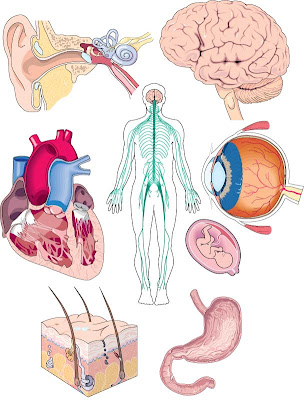 The report detailed how Israeli soldiers detained young men and after they died in custody returned their bodies with organs missing. The newspaper quoted several Palestinians as saying Israeli soldiers kidnapped their sons and stole their organs.

Interviewed by the Israeli newspaper, Haaretz, on Wednesday, journalist Donald Bostrom said he wrote the article to push for an international investigation into the allegations. His editors said they backed the call for an inquiry.

In his article Bostrom discussed the case of Bilal Ahmed Ghanan, 19, who was accused of throwing stones at Israeli soldiers during the first intifada against the Israeli occupation. The article says Ghanan was hiding in the mountains around the West Bank city of Nablus, fearing arrest. When he came down soldiers shot Ghanan in the chest, legs and stomach, then took him to their camp on a military helicopter.

The article also carried a photograph of a dead Palestinian man with a line of surgical stitches running the length of his torso, apparently taken after an autopsy, as well as pictures of stone-throwing youths and Levy Izhak Rosenbaum, a New York resident arrested in an FBI sting last month and charged with plotting to buy a kidney from an Israeli and sell it to an American patient for $160,000.

Bostrom based his story on testimony from Palestinians in the West Bank and Gaza whom he identified only by their first names. It quotes an Israeli military spokesman denying the charges and saying that Palestinians killed by Israeli forces are routinely subjected to autopsies.

Bostrom writes of a shortage of organs for transplant in Israel and mentions a 1992 government campaign to recruit new donors.

“At the same time that this organ campaign was going on, young Palestinian men were disappearing and being delivered back to their villages five days later at night, dead and cut open,” he writes.

“‘Our sons are used as involuntary organ donors,’ relatives of Khaled from Nablus said to me, as did the mother of Ra’ed from Jenin as well as the uncles of Mahmoud and Nafez from Gaza, who all had disappeared for a few days and returned by night, dead and autopsied,” Bostrom wrote.

Israeli and Swedish officials responded furiously on Wednesday to the Swedish newspaper article.

The story made headlines in Israel, where some commentators compared it to medieval accusations that Jews killed Christian children for their blood.

In a statement on Wednesday, the Swedish Embassy in Tel Aviv said the article was “as shocking and appalling to us Swedes as it is to Israeli citizens.”

“We share the dismay expressed by Israeli government representatives, media and the Israeli public,” the embassy said.

In Sweden, the article drew a critical editorial from a rival daily, Sydsvenskan, which said it followed the “usual template of a conspiracy theory.”