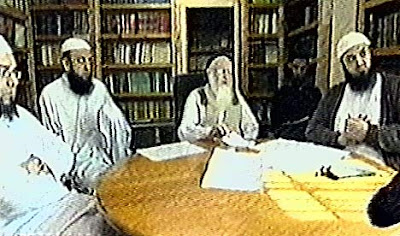 Increasing numbers of non-Muslims are turning to Sharia courts to resolve commercial disputes and other civil matters, The Times has learnt.

The Muslim Arbitration Tribunal (MAT) said that 5 per cent of its cases involved non-Muslims who were using the courts because they were less cumbersome and more informal than the English legal system.

Freed Chedie, a spokesman for Sheikh Faiz-ul-Aqtab Siqqiqi, a barrister who set up the tribunal, said: “We put weight on oral agreements, whereas the British courts do not.”

In a case last month a non-Muslim Briton took his Muslim business partner to the tribunal to sort out a dispute over the profits in their car fleet company. “The non-Muslim claimed that there had been an oral agreement between the pair,” said Mr Chedie. “The tribunal found that because of certain things the Muslim man did, that agreement had existed. The non-Muslim was awarded £48,000.”

He said that the tribunal had adjudicated on at least 20 cases involving non-Muslims so far this year. The rulings of the tribunal are legally binding, provided that both parties agree to that condition at the beginning of any hearing.

Anti-Sharia campaigners, who claim that the Islamic system is radical and biased against women, expressed alarm at the news. Denis MacEoin, who wrote a recent report for the think-tank Civitas examining the spread of Sharia in Britain, said that MAT’s claims about non-Muslim clients “raises all sorts of questions”.

He added: “You really need to ask why. What advantages could that possibly have for them going to an Islamic court? Any [Sharia] court is going to be implementing aspects of a law that runs contrary to British law, because of the way it treats women for example.”

Inayat Bunglawala, a spokesman for the Muslim Council of Britain, said that organisations should be free to conduct arbitration under Sharia, provided that it did not infringe British law and was a voluntary process.

Baroness Warsi, the Shadow Minister for Community Cohesion and Social Action, who is Muslim, said that there were many forums for arbitration and alternative dispute resolution in Britain. “There is no problem with that, as long as it is always subject to English law,” she said.

The Times has also learnt that the MAT is planning to triple the number of its courts by setting up in ten new British cities by the end of the year. It will expand its network further by acting as an advisory body to dozens of other Islamic courts, with the intention of achieving national consensus over rulings and procedures.