Muslims Aren’t A Race, So I Can’t Be Racist. Right? Wrong.

“Nonsense.” That is what people say when I accuse them of being racist. Their argument goes something like this: “Muslims are not even a race, so how the hell could I even be racist? You’re an idiot.” Because Muslims are not a race, people believe that any type of violence or oppression directed towards them cannot be racially motivated; that this form of hatred – known as Islamophobia – cannot be racism.
First, let me be clear. It is true that Muslims are not a race. The word “Muslim” itself connects to followers of Islam, a world religion – not a “race.” Muslims are a diverse religious grouping, and, in fact, one of the most heterogeneous populations in the world. In theory, the ummah – or global Muslim community – is made up of many “races.” Moreover, not all Muslims are simply born “Muslim,” like people are born White or Black. Muslim identity is something that one can acquire through conversion. In this sense, Muslim identity is nurtured and not natured.
Since I am focusing on the subject of identity and race, let me extend this discussion to other social groupings.
If Muslims are not a race, than which group is? Some people might immediately point to Black people, and say, “that is definitely a race. Look at their skin color.” But, to be exact, Black people are not a race either. Neither, for that matter, are White people.
Okay, now you might wonder about Jewish people? Certainly they are a race, right? Science proves they – like White and Blacks – are not a race either.
And what about Asians? Are they a race?
Nope. Asians are not a race.
The Indigenous People of America, a race?
Nope, not a race.
You see, there is no such thing as race or races, traditionally understood.
Full article
Posted by Zafar Khan at 09:00 No comments:

UpFront : Why do people join ISIL?

Much respect for the Sheikh.
Posted by Zafar Khan at 09:00 No comments:

Being Religious Without Being a Jerk

Religiosity often turns people into jerks.
Many have witnessed this story: A young man or woman who used to be friendly, well-mannered, who treated people well, sadly turns into someone who shows mild annoyance upon meeting people who follow a different religious opinion. He shows anger when presented with arguments against his or her own point of view. Finally, he or she begins to pronounce judgment against others—pronouncing minor differences in opinion as proofs of disbelief.
When told to calm down, to stop being judgmental—the response comes in one of many flavors:
And so on.
Over what kinds of issues? Not the serious lack of counseling services in the community. Not the difficulty that our youth are having in protecting their faith from intellectual attack. Not the issues of domestic abuse, poverty, family breakups or homelessness afflicting non-Muslims and Muslims around us.
But the length of our pants and whether or not they are above our ankles, the lengths of our beards, etc. Perhaps one’s adherence or lack thereof to a group or organization. What we think about pseudo-philosophical concepts about the essence of God’s attributes.  Such meanness and harshness occurs not over what is physically affecting people, but over a disagreement between opinions in our minds. Over varying textual interpretations that result in different legal opinions or a creedal points unknown to the majority of the world’s Muslims.
Why does this happen to us when almost nothing is more important in our religion than the subjugation of our egos to the Power and Oneness of God?
Source
Posted by Zafar Khan at 09:00 No comments:

One of my favourite Sheikhs, great listen on Jummah.
Posted by Zafar Khan at 14:00 No comments: 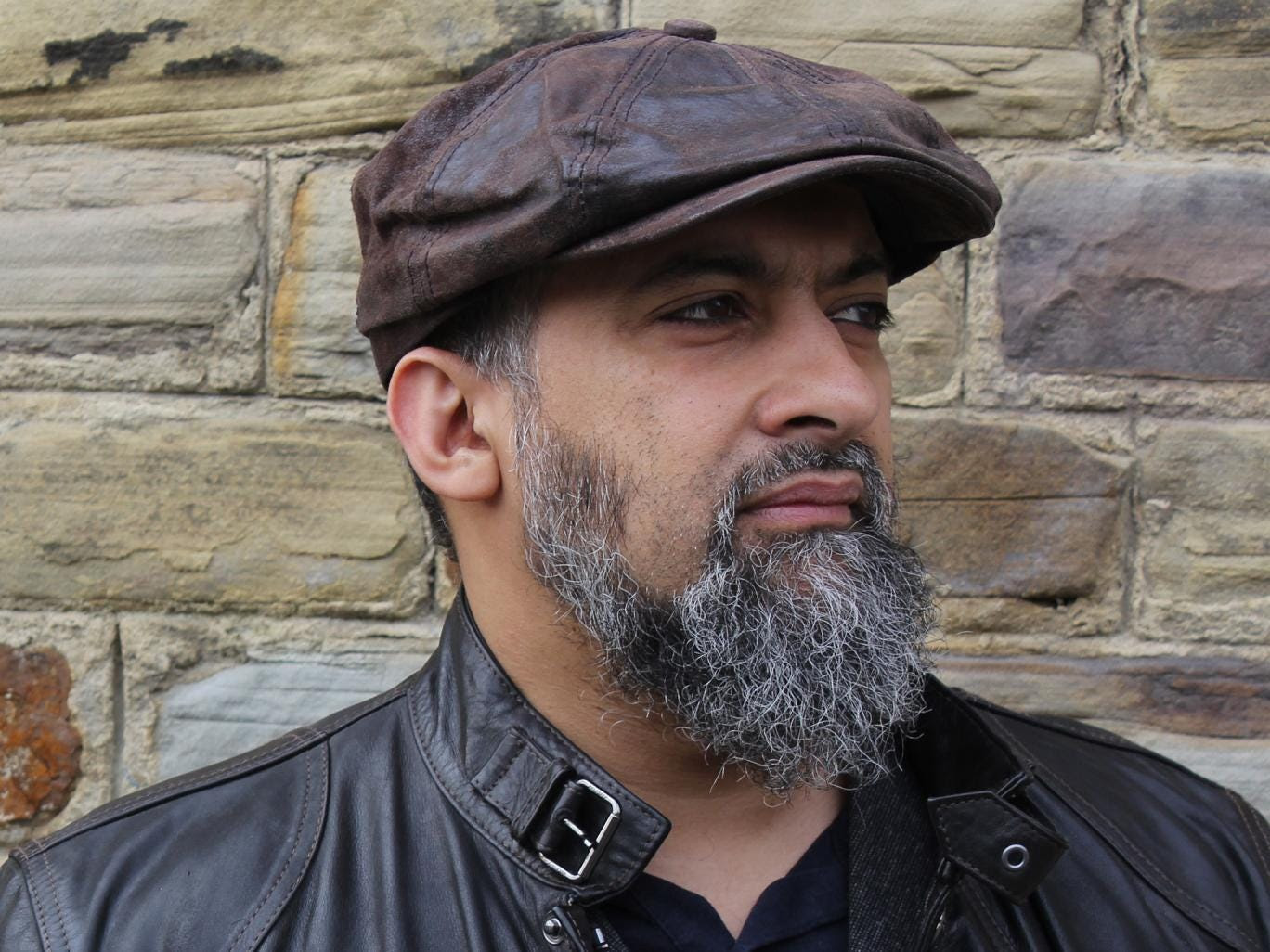 The Iman tells me he “grew up in Tooting and the general rule was: don’t get seen with a girl and don’t talk about sexual feelings. Muslims in Britain and in much of the world are in a state of sexual denial.”
Even putting aside his enviable flat-cap collection, Alyas is not an average Imam. He studied psychology at Glasgow University and is working on a PhD in “The Crises of Masculinity and Urban Male Violence”. He loves bossa nova jazz but gave away his entire record collection when he discovered a more “orthodox” version of his faith in the late Eighties.  Today, at fortysomething, he is as comfortable discussing contemporary culture as he is leading Friday prayers at Bradford’s Muhammadia Mosque. It’s precisely this ability to tread two cultures with such grace that makes Alyas a boon to many Muslims in Britain who would be reluctant to share the intimate details of their sex lives with most other Imams, with family members or even friends.
Alyas tells me there is a method and a logic to forming his conclusions. “I have studied this area extensively and we know that everything is halal [permitted] unless it is expressly prescribed as haram [forbidden].” It’s this method of referencing text that makes the Imam’s advice so palatable to his clients, many of whom would not feel comfortable taking it from an exclusively secular source. But the system of Koranic interpretation and, more so, reliance upon Hadith can be dense and complicated.
While there, I meet “Gabriel”, a 23-year-old university student who contacted Alyas about masturbation. When I point out that, in my understanding, students masturbating is “pretty normal”, Gabriel snaps, “I thought it was 100 per cent haram.” He first contacted the Imam after seeing a Hadith that referenced men on the day of judgement with “pregnant hands”.  He applied this to his own life and began dreading the day he would face God with his hand in prenatal agony. It was only after long conversation with the Imam that the authenticity of such a  Hadith was questioned. Alyas concludes the session. “Often, people bring textual proofs that don’t have any validity. I know that narration to be something which is unreliable.”
Full arcticle

Listen to this if you are depressed, hopeless || Shaykh Hamza Yusuf

How We Stop ISIS - Waleed Aly (The Project)

A Message to My Sisters - Saad Tasleem

Never forget its Muslim women on the front line, they are far more likely to be attacked by the cowards.  Respect and protect your sisters!
Posted by Zafar Khan at 10:37 No comments:

Lot of respect for Imam Suahib Webb so pleased to see him on the 'mainstream media'.
Posted by Zafar Khan at 10:33 No comments:

Dispatches from the Split Screen: Islam and the Media (Full Session)

What the Koran really says about women 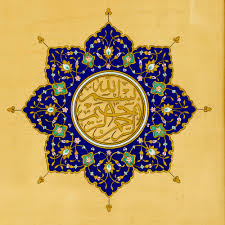 Sheikh Mohammad Akram Nadwi, the Islamic scholar who taught me the Koran, once told me an old Indian joke. A Hindu goes to his Muslim neighbor and asks if he could borrow a copy of the Koran.
“Of course,”said the Muslim. “We’ve got plenty! Let me get you one from my library.”
A week later, the Hindu returns.
“Thanks so much,” he said. “Fascinating. But I wonder, could you give me a copy of the other Koran?”
“Um, you’re holding it,” said the Muslim.
“Yeah, I read this,” replied the Hindu. “But I need a copy of the Koran that’s followed by Muslims.”
“The joke is right,” said Akram. “All this talk about jihad and forming Islamic states, that’s not what the Koran says!”

Full article
Posted by Zafar Khan at 09:30 No comments:

Israel tore Fadi Alloun’s family apart; then it killed him

Last week, Fadi Alloun celebrated his 19th birthday with friends in Issawiyeh, a village in occupied East Jerusalem. He was thrilled that he had recently obtained a driving license. As a birthday gift, his father promised to help him buy a car.
Fadi had no stable job but was eager to find enough paid work so that he could realize this dream.
Five days later, Fadi was slain by militarized Israeli police in the Musrara neighborhood, beside Jerusalem’s Old City.
The Israeli police claim Fadi had tried to stab an Israeli teenager. But video evidence from the scene of Fadi’s killing on Sunday does not corroborate this claim.
Rather, the videos show the Israeli police executing Fadi in cold blood. A group of Israeli Jews was filmed rejoicing at his death.
Fadi’s family insisted that the stabbing accusation was just an excuse used by Israel to try and provide some “justification” for his slaying.
“If he’d tried to stab a settler, we wouldn’t hide it,” said Haya Alloun, one of Fadi’s eight aunts. “Palestinian youth have every right to resist those who occupy our land. But I’m sure that he didn’t and you can be sure of this by watching the videos.”
Fadi’s experience with Israel’s apartheid system began when he was less than two years old.
His mother, who carried a Jordanian passport, travelled to Amman at that time to visit her sick father, taking Fadi’s younger brother with her.
The Israeli authorities banned her from returning to Jerusalem, tearing the family apart. For nearly 18 years, Fadi was unable to see his mother and brother. He could only talk to them on the phone or via the Internet.
Even after his death, the Israeli authorities have not yet granted his mother and brother a permit to pay Fadi a final farewell.
Because of the ban imposed on his mother, Fadi was raised by his father as an only child. His father, in his turn, refused to marry again, entirely devoting himself to his son, whom he described as “my heart and soul and everything in my life.”
“He was everything to me, the most precious thing in my life,” Samir Alloun, Fadi’s father, told The Electronic Intifada. “I was his father, his mother and his best friend. Our relationship was very special.”
Source
Posted by Zafar Khan at 09:00 No comments:

Email ThisBlogThis!Share to TwitterShare to FacebookShare to Pinterest
Labels: Faith, Islam and Muslims, Nouman Ali Khan
Newer Posts Older Posts Home
Subscribe to: Posts (Atom)
This Blog is optimised to work with Mozilla Firefox. May not work correctly on other browsers.