Ramadan Advice - Where is Your Heart? by Shaykh Hamza Yusuf

A Hard Look at Islamophobia in America

The living martyr, a visit to the Bakr family in Gaza I recently visited the Bakr family in their home in Gaza’s Shati refugee camp. Sharifa Mustafa Bakr, 48, is the mother of 9-year-old Zachariah and grandmother of Ahed, two of the four boys killed.  “Zachariah was my favorite because he was the youngest one,” she said pointing to the poster above her that commemorates his brief life. “He was the sweetest – so innocent and playful,” she told me as tears began to stream down her cheeks.
Sharifa Bakr suffers from heart problems and had just returned from the hospital on that fateful day. “Zachariah asked for a shekel to use the internet, and I promised I would give it to him when he returned,” she said. That was the last time Sharifa Bakr would see her beloved grandson. “When he left, I felt that my soul went with him,” she stammered as she collapsed into tears.
After lying down to watch the news, Sharifa Bakr read on the ticker that four children had been killed on the nearby beach. She knew that the children typically play soccer on the beach because the refugee camp has no parks or open spaces. Upon seeing the news, she ran to Al-Shifa hospital where she encountered a friend who informed her that the dead children were in fact from the Bakr family.
12-year-old Muntasir Bakr was one of the four boys who narrowly survived the airstrikes.
“We call him the living martyr,” Sharifa Bakr told me.
Muntasir was hit with shrapnel which still remains in his head and causes him headaches. He has severe trauma that remains undiagnosed and untreated, and has violent episodes which have caused him to attempt suicide and attack his siblings. I sat with Muntasir in his family’s home. He was polite and good-natured but the trauma from last summer was visible on his young face and audible in his voice. He spoke like a man who had lived many lifetimes – not like a child nearing his teenage years.
“Everyday someone dies. I went to play at the beach yesterday and I couldn’t because I was overwhelmed with fear. It’s a life full of sadness,” he said. “Netanyahu destroyed life.”
Unbeknownst to me, his father had told him to recount the massacre on the beach. “We barely started playing when the first missile exploded right next to my cousin Ismael,” he said. “We started running away and then I told them ‘lets go back and get Ismael then we’ll run away again.’ When we did that another missile exploded right next to us. My brother and my nephew died because they let go of my hand. Two missiles exploded around me. It was foggy when we were running, I turned around and saw my nephew and brother lying on the ground.”
“Before the war, I wanted to be a fisherman like my father,” Muntasir told me. “Now I want to be a fighter so that I can avenge my brother, my nephew and my cousins. Imagine if you were a child and a missile exploded right beside you. What would you do?”
Muntasir became despondent and silent as he looked down. His father, 55-year-old Subhei Fares Bakr, told me Muntasir had not slept in 24 hours. He attempted to medicate his son but Muntasir was not responsive and the pill fell out of his mouth. Subhei Bakr called a cousin over to help put the pill down his throat, but Muntasir began shaking violently. His cousin restrained him from injuring himself, and finally Muntasir passed out. His cousin lifted Muntasir’s limp body into his arms and ran down the stairs and outside into Shati camp’s dusty alleyways. I ran closely behind as they hailed a taxi. We crammed inside and the car sped through the streets of Gaza City. “Get out of the way,” another cousin in the front seat screamed at traffic.
We arrived at a barebones medical facility where Muntasir was laid down on an examination table. A doctor administered smelling salts, immediately waking Muntasir. Still dazed, his cousin helped him walk to a sink where he washed his face. Muntasir was weak and his cousin once again carried him out.
“There’s no medicine or treatment for him here. We have to get him out of Gaza,” Muntasir’s cousin told me as he carried him away. We hailed another taxi and headed back to the Bakr’s home in Shati camp.
- See more at: http://mondoweiss.net/2015/06/living-martyr-family#sthash.my7x0diV.dpuf
Posted by Zafar Khan at 10:48 No comments:

How to talk someone out of joining ISIS

The Hadith of Jabir 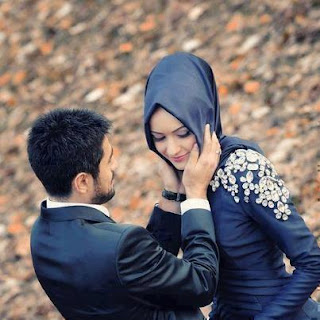 Jabir b. Abdillah is one of the most famous Companions of the Prophet salla Allahu ʿalayhi wa sallam. He was from the Ansar, and accepted Islam as a young boy. His father was the famous warrior Abdullah b. Haram. Jabir was perhaps the youngest Companion to witness and participate in the blessed 'Treaty of Aqaba,' before the hijra of the Prophet. He was also blessed to live an extremely long life. Because of this, Jabir became one of the most profuse narrators of hadith, earning his name in the top five Companions in terms of quantity of hadith narrated.
Jabir married young – he was probably seventeen or eighteen when he got married. His story is mentioned in most books of hadith, including the two Sahihs. It is a story that tells us much about how Islam views sexuality.
The hadith is as follows:

“And I swear, what they have said is absolutely true! For indeed, in this pleasure [of sex] – a pleasure that cannot be compared to any other pleasure ­– if only it were to persist, it would indeed be a sign or signal for those pleasures of the next life that have been promised to us. To entice someone regarding a pleasure that he has never experienced is of no use! If an impotent man were to be enticed with sex, or a young child with power, there would be no temptation. Therefore, one of the blessings of the sexual experience and pleasure in this world is the hope of its perpetual existence in the next, so that this can be used as a motivation for the worship of Allah.
Marvel, therefore, at the wisdom of Allah, and His Mercy, for look at how He has placed in one desire two lives: an external life, and an internal life. So the external life is the preservation of a man through his progeny and children. And the internal life is the life of the next world. For the pleasure of sex is diminished in this world because it must remain temporary, and is swiftly terminated, but by experiencing it, one's desire to have such a pleasure remain everlasting becomes firm, and this encourages one to persist in deeds of worship that would allow him to experience such pleasures.”

What an amazing testament, regarding an amazing blessing, from an amazing scholar!
Source
Posted by Zafar Khan at 09:00 No comments:

Our Families: Coolness of Our Eyes | Nouman Ali Khan

Prejudice then and now.. 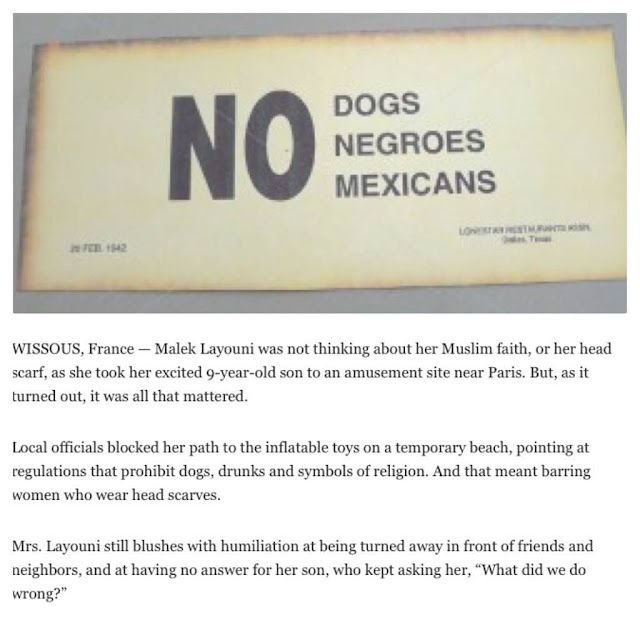 The Last Jews of Kolkata

Badshah Khan: Muslim activist who showed that Islam is essentially a religion of peace and non-violence

ANYONE who has seen Richard Attenborough’s film Gandhi will remember the vivid depiction of the Amritsar massacre in April 1919 when British and Gurkha troops under the command of General Reginald Dyer opened fire on unarmed protestors and killed well over 350 people. It was one of the worst atrocities by the British in India, but far from the only one.
Far less well-known is the massacre at the Qissa Khwani bazaar in Peshawar in April 1930 when British troops opened fire with machine-guns on people protesting the arrest of Badshah Khan, the remarkable Pashtun leader and close associate of Gandhi who gave much of his life to the cause of non-violence.
It is no reflection on Gandhi that Badshah Khan (whose full name was Khan Abdul Ghaffar Khan, "Badshah" meaning "King") is so little known in Britain. But the story of his life needs to be told, not least as his abiding belief, rooted in the Qu'ran, was that Islam is essentially a religion of peace and non-violence. His personification of this belief is a powerful antidote to the Islamophobia currently so prevalent across Europe and north America.
This, in turn, is why it is so good to be able to welcome Heathcote Williams’s new “investigative poem”: Badshah Khan: Islamic Peace Warrior (Thin Man Press, 2015). This is a short but powerful book thatSURVEYS

Khan’s life but also tracks his approach through to the modern era.
Khan himself is still best known for founding the Khudai Khidmatgarmovement, also known as the “Red Shirts”. This drew many supporters from the Pashtun of what was then the north-west frontier region of India, who came to form a hugely important part of the movement for independence. At its peak, the Red Shirt movement had over 100,000committed to peaceful change and an end to British rule.
Inevitably, Khan incurred the enmity of the British and spent many years in prison, often in appalling conditions. But he and his movement survived it all. He became known as the “Frontier Gandhi” and, as a devout Muslim, said he drew his commitment to non-violence directly from Islam.
He wrote: “There is nothing surprising in a Muslim or a Pashtun like me subscribing to the creed of non-violence. It is not a new creed. It was followed fourteen hundred years ago by the Prophet all the time he was in Mecca, but we had so far forgotten it that when Gandhi placed it before us, we thought he was sponsoring a novel creed”.
Source
Posted by Zafar Khan at 09:00 No comments:

MAD respect to this brother!

Email ThisBlogThis!Share to TwitterShare to FacebookShare to Pinterest
Labels: Akala, Colonialism, Racism, UK, White Privilege
Newer Posts Older Posts Home
Subscribe to: Posts (Atom)
This Blog is optimised to work with Mozilla Firefox. May not work correctly on other browsers.