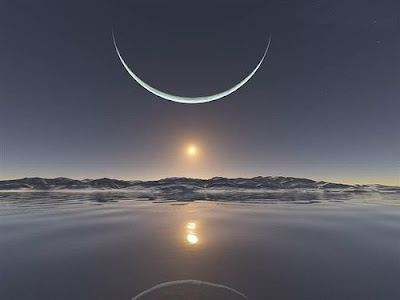 Millions of Muslims across the globe will be on the alert on Thursday, August 20, for the sighting of the new moon to determine the starting of the holy fasting month of Ramadan.

The Indonesian government announced on Thursday that Saturday, August 22, will be the beginning of Ramadan after efforts to sight the new moon failed.

The head of the Religious Ministry’s Hilal and Ru’yat Committee said he has received letters from 29 people across the country saying none of them saw the new moon.

Religious authorities in Saudi Arabia, the birthplace of Islam, have called upon the public to sight the new moon on Thursday evening and report to the nearest court.

For the first time, Saudis will be able to use telescopes, not just the naked eye, to sight the new crescent.

Egypt, home to Al-Azhar, the highest seat of learning in Sunni Islam, is also sighting the Ramadan moon on Thursday.

Muslim minorities in Spain, Czech, Hungary, Greece, the Netherlands, Brazil and the Philippines are reportedly sighting the moon today.

Most dedicate their time during the holy fasting month to become closer to Allah through prayer, self-restraint and good deeds.

Some countries, including Iran, Pakistan, Bangladesh, Oman, Morocco and Mauritania, will be sighting the new moon on Friday, August 21.

Others have already determined the start of Ramadan according to astronomical calculations.

Turkey had earlier declared that the holy fasting month would fall on Friday based on calculations.

Germans of Turkish backgrounds, who make up the majority of the Muslim minority, also follow Turkey.

The Union of Islamic communities in Italy (UCOII) has decided that fasting will begin Friday according to astronomical calendar.

The Islamic Cultural Center, which manages the Grand Mosque of Rome, decided to follow Saudi Arabia.

The Islamic Society of North America (ISNA) has announced that Ramadan will start in North America on Saturday according to astronomical calculations.

The European Council for Fatwa and Research (ECFR) said Ramadan starts in Europe a day earlier, also based on astronomical calculations.

Email ThisBlogThis!Share to TwitterShare to FacebookShare to Pinterest
Labels: Ramadan