Sahabah and Leading Imams in Ramadan 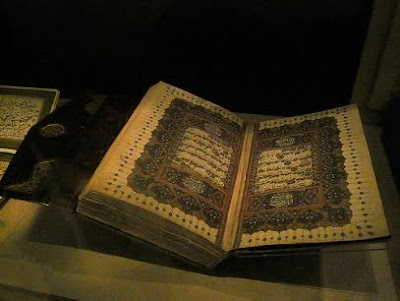 The month of Ramadan has a sublime rank in the hearts of all Muslims because of its abundant merits and diffuse attributes that were illustrated by Prophet Muhammad (peace and blessings be upon him). Therefore, the Companions (may Allah be pleased with them), as well as the Tabi`in (first generation after the Prophet), were keen on making the best of every moment in that sacred month to increase their good deeds and elevate their degrees.

Hence, it is beneficial to pursue and survey how the righteous Salaf (the predecessors) would act in such a venerable month, in order to follow their example and to seek inspiration through them.

Indeed, we should do so since they are the best of all generations and the followers of the first teacher; Prophet Muhammad. Hence, we notice that in Ramadan they would be preoccupied with frequent recitation of the whole Qur'an, performance of Prayer (obligatory and supererogatory Prayers in congregation, as well as lengthy night Prayers), remembrance of Allah, supplication and seeking forgiveness from Allah, giving out charities, and i`tikaf (spiritual retreat in the mosque). Then, besides their diligent performance of the acts of worship, they would anxiously invoke Almighty Allah to accept their deeds in Ramadan.

Below are, thus, some practices of some of them in the month of determination and good deeds:

The Companions Were Examples

Abu Bakr. It was reported from Malik that `Abdullah ibn Abu Bakr said, "I heard my father saying, "Upon finishing our night Prayers in Ramadan, the servants would hasten to serve food for fear that the Fajr Prayer would be due" i.e. so he could have the suhur (predawn meal) before Fajr Prayer as he would finish the night Prayer a short while before the Fajr.

`Umar ibn Al-Khattab. Abu `Uthman Al-Nahdi said, "`Umar ordered three reciters of the Qur'an to be brought along in Ramadan. Then, he ordered the quickest in recitation among them to recite 30 ayahs (in each rak`ah in Prayer), the one with average speed in recitation to recite 25 ayahs, and the slowest to recite 20."

Besides, Al-Sa'ib ibn Yazid said, "They (Muslims) would perform the night Prayers twenty rak`ahs during the reign of `Umar ibn Al-Khattab."

In addition, It was reported from Al-Sa'ib ibn Yazid that he said, "They (Muslims) would recite two hundred ayahs (in each rak`ah on the night Prayers) and they would lean on their sticks (while standing up in prayer) during the reign of `Uthman ibn `Affan due to the lengthy standing during night Prayers."

`Abdullah ibn `Umar. Ibn `Umar would not break the fast in Ramadan except in the company of the orphans and the needy and perhaps he would not break his fast at any night whenever he knew that his household turned them away from him.

Moreover, `Abdullah ibn `Umar (may Allah be pleased with him) was among the people of large income, and yet he never kept it for himself. Rather, he would send it to the poor, the needy, and the mendicants. Once Ayyub ibn Wa'il Al-Rasibi saw `Abdullah receiving four thousand dirams and a velvet, though the next day he saw him in the market buying fodder for his riding animal on credit.

Then, Ayyub ibn Wa'il went to the house of `Abdullah and asked his family (about it). They told him, "He did not sleep yesterday but after he had distributed it (the money) all, and then he carried the velvet on his back and went out. Later, he returned without it and when we asked him, he said that he had given it out to a poor person."

Furthermore, Nafi` reported about Ibn `Umar that he would sleep for a short while in the night and then rise to perform Tahajjud (optional late night Prayer) throughout the rest of the night. Then, he would ask Nafi`, "Is it early dawn yet?", and if the latter said yes, he would perform the Witr Prayer, then sit down, and keep asking `Allah for forgiveness (until Fajr Prayer).

The Leading Imams Were Examples

Imam Abu Hanifah. Ibn Rajab said, "It was reported that Abu Hanifah would do the same (i.e. recite the whole Qur'an 60 times in Ramadan other than recitation in Prayers)."

Imam Malik. When Ramadan approached, Malik ibn Anas would escape preaching and discussions with scholars, and would engage in recitation of the Qur'an. Hence, he would not issue fatwas or teach in Ramadan. He would rather say, "This is the month of the Qur'an."

Imam Ahmad. Imam Ahmad would close all books in Ramadan and say, "This is the month of the Qur'an."

In addition, upon the first night of Ramadan, the companions of Imam Al-Bukhari (may Allah shower him with mercy) would gather with him and he would lead them in Prayer, reciting twenty ayahs in each rak`ah, and continues to do so until he would recite the whole Qur'an.

Besides, he would recite either one third or half of the Qur'an in the middle of the night so that they would (be able to) complete recitation of the whole Qur'an by breakfast (at Sunset) every night. Then, he would say, "Upon the conclusion of each time recitation, an invocation is answered."

The above-mentioned aspects were some acts of worship performed by leading Muslim figures in Ramadan. These figures were keen to do as many good deeds as they could. With greater reason, we should offer more good deeds to get a lofty reward and high degrees in the hereafter. Almighty Allah says,

[If any do deeds of righteousness, be they male or female, and have faith, they will enter Heaven, and not the least injustice will be done to them.] (An-Nisaa' 4:124)

By Mostafa Al-Khateeb in Islam Online.