Something fishy in Daniel Boyd case 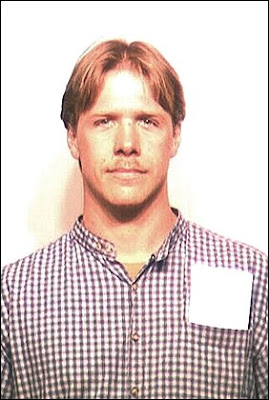 When someone in the Raleigh area needed a sheep or goat slaughtered according to Islamic law, Daniel Boyd was the man to see.

"You find everything from halal meat and snacks to soft back prints of the Holy Quran in both English and Arabic," read a notice on the Web for Boyd's Blackstone Market in nearby Garner. There was even a place to worship in the back.

Bosnian native Jasmin Smajic said he was drawn to the store by the halal goods. Instead he found a friend.

"He would always ask people, his friends, if he can do a service for you," says Smajic, 23, a student at North Carolina State University. "He would basically ask people if they needed any kind of help with anything ... whether that be advice, whether you're struggling with money, need your faucet fixed — whatever it is. He was always very helpful."

So, like many hereabouts, Smajic was shocked this week when federal officials accused Boyd of wanting to go abroad and slaughter in the name of Islam.

A federal indictment unsealed this week says Boyd, 39, is a radicalized Muslim convert who went by the nickname Saifullah — "Sword of God" — and was putting together a team of extremists to wage "violent jihad" overseas. He was arrested Monday along with two of his sons — Zakariya, 20, and Dylan, 22 — and four other men.

The indictment charges that Boyd and his sons traveled to Israel in July 2007 to meet with two of the other defendants but returned home "having failed in their attempt at violent jihad."

But the man described in the 14-page indictment is not the Daniel Patrick Boyd friends and neighbors in and around the Raleigh suburb of Willow Spring knew: the devoted Muslim who fasted during the holy month of Ramadan and prayed toward Mecca five times a day; the son of a Marine whose pickup was emblazoned with a "Support our Troops" bumper sticker; the friendly drywall contractor who waved at neighbors, and chatted about gardening and fishing.

"If he's a terrorist, he's the nicest terrorist I ever met in my life," said Willow Spring land surveyor Charles Casale, who helped his neighbor plant a vegetable garden. "I don't think he is."

The wife of Daniel Boyd, the North Carolina man accused of being a terrorist ringleader, says that law enforcement authorities set a cruel trap to get her out of her house after her husband and two sons were arrested this week.

Sabrina Boyd, a 41-year-old mother of five and U.S.-born convert to Islam, said she was outraged that the agents pretended that her husband and three sons had been in a serious car crash, and that a North Carolina Highway Patrol would take her to the hospital where they were being treated.

But when they arrived at Duke Hospital, 30 agents surrounded her and handcuffs were slapped on her wrists, Sabrina Boyd said.

On Wednesday, the Council on American-Islamic Relations denounced the subterfuge as unconstitutional and an unjust trick," and called on the Justice Department to investigate the incident.

"The cruel trick reportedly used by the FBI in the detention and questioning of the family members shocks the conscience of anyone who values constitutional rights and due process of law, CAIR executive director Nihad Awad wrote.

The Justice Department did not respond Wednesday to a request for comment.