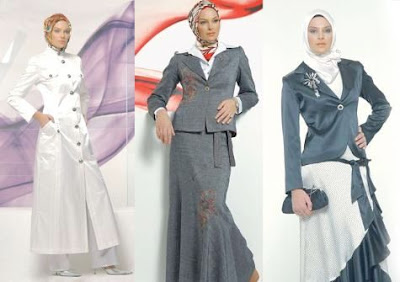 Like the status of women in all the World's religions, in Islam and Muslim societies patriarchy played and in many cases continues to influence the status and roles of women. The place of women in the formative period of Islam reflected Qur'anic concerns for the status and rights of women as well as the patriarchal structure of the societies in which Islamic law was developed and elaborated. The status of women and the family in Islamic law was the product of Arab culture, Qur'anic reforms, and foreign ideas and values assimilated from conquered peoples. While the Qur'an introduced substantial reforms, providing new regulations and modifying local custom and practice, at the same time, much of the traditional pre-Islamic social structure with its extended family, the paramount position of males, the roles and responsibilities of its members, and family values was incorporated.

A new source of women's empowerment today has become active participation in the mosque and use of Islam's tradition to reclaim their rights in Islam. Reformers today emphasize that just as women during the time of the Prophet prayed in the mosque, so too today they actively exercise that right. In the centuries after the death of Muhammad, women played a small but significant role as transmitters of hadith (prophetic traditions) and in the development of Sufism (Islamic mysticism). Gradually, however, women's religious role and practice, particularly their access to education and the mosque, were severely restricted. Male religious scholars cited a variety of reasons, from moral degeneration in society to women's bringing temptation and social discord, to restrict both their presence in public life and their access to education and the mosque.

Today, in many Muslim countries and communities, particularly those that have been regarded as among the more modernized, such as Egypt, Jordan, Malaysia, and in America, women lead and participate in Quran study and recitation groups as well as mosque-based educational and social services. In countries like Iran, women serve as prayer leaders (Imams) for congregational prayers; however, they are only permitted to lead groups of women. Female reformers look to early Islam for examples of women noted for their learning, leadership, and piety to strengthen the rationales for women's contemporary role in public activities.. Strong public female figures during the Prophet's time include Khadija, Muhammad's first wife of twenty-five years, who owned her own business in which Muhammad had been employed and played a formative and significant role in the birth of the Muslim community. After Khadija's death, Muhammad's wife Aisha was very prominent as a major source of religious knowledge, an authority in history, medicine and rhetoric.

Though patriarchy, legitimated in the past by religion, remains very much alive as an ideology and value system, in many Muslim countries it is progressively challenged by women, also in the name of religion as well as economic realities. Rather than breaking with tradition, female reformers argue that their religious activism today reclaims an ideal "forgotten" by later generations. As a result of this new discourse, increasing numbers of women have an alternative paradigm that enables them to broaden their expectations both inside and outside the home.

Today, the status and roles of women vary considerably, influenced as much by literacy, education, and economic development as by religion. Some women wear stylish Islamic dress, some are veiled and some wear Western fashions. While in some sex-segregated countries educated Muslim women are not visible in the work place, in other countries women work as engineers, doctors, scientists, teachers, and lawyers alongside their male colleagues. The veil has become a particularly charged symbol; yet even the wearing of the veil has diverse meaning for wearers and observers. A modern Muslim woman isn't necessarily wearing Western clothes and a veiled woman isn't necessarily oppressed.

The complexity of women's status is illustrated by many country-specific contradictions.

Women in Egypt today have access to the best education and hold responsible professional positions in virtually every sector. Yet, like women in most Muslim societies, they need a male family member's permission to travel.

While women cannot vote in Saudi Arabia and Afghanistan, in almost every other Muslim country, they do vote and run for political office, serve in parliaments and as head of state or vice president in Iran, Pakistan, Turkey, Indonesia and Bangladesh.

Saudi women own 70% of the savings in Saudi banks and own 61% of private firms in the Kingdom; they own much of the real estate in Riyadh and Jeddah, and can own and manage their own businesses, but they are sexually segregated, restricted to "appropriate" professions and cannot drive a car.

In nearby Kuwait, women freely function in society, hold responsible positions in many areas, but they have not been able to get the vote. In modern-day Egypt women could not until recently serve as judges, but in Morocco more than 20% of judges are women.

In Afghanistan and in some areas of Pakistan, the Taliban in the name of Islam, have forced professional women to give up their jobs and prohibited girls from attending school. In Iran, where women must cover their hair and wear long-sleeved, ankle-length outfits in public, they constitute the majority of university students, hold professional positions, and serve in parliament. A woman is Vice President in this Islamic Republic.

In some parts of the world, women's basic literacy and education reflects serious inequality: in Yemen women's literacy is only 28% vs. 70% for men; in Pakistan, it is 28% vs. 53% for men. Percentages of women pursuing post-secondary educations dip as low as 8% and 13% in Morocco and Pakistan respectively (comparable to 3.7% in Brazil, or 11% in the Czech Republic).

But these figures do not represent the entire Muslim world; women's literacy rates in Iran and Saudi Arabia are 70% and as high as 85% in Jordan and Malaysia. In education, significant percentages of women in Iran (52%), Egypt (34%), Saudi Arabia (32%), and Lebanon (37%) have post-secondary educations. In the UAE, as in Iran, the majority of university students are women.

What about Muslim attitudes today regarding women's rights. Majorities in some of the most conservative Muslim societies do support equal rights. Majorities in virtually every country surveyed say women should have the same legal rights as men: to vote without influence from family members, to work at any job for which they qualify, and to serve in the highest levels of government. In fact, majorities of both men and women in dozens of Muslim countries around the world believe women should have the:

--same legal rights as men : 61% of Saudis, 85% of Iranians and 90% range in Indonesia, Turkey, Bangladesh and Lebanon say that men and women should have the same legal rights.

John Esposito is Director of the Center for Muslim-Christian Understanding at Georgetown University and co-author of Who Speaks for Islam? What a Billion Muslims Really Think. He is also on the Board of Advisors at ISPU.