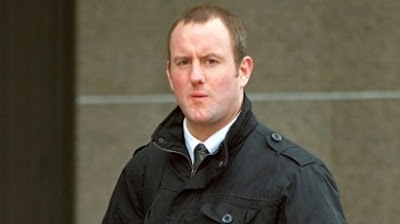 The British media has been flayed over double standards on terrorism as Muslim terror suspects are condemned on the basis of secret evidence while far-right terrorists are treated with kid gloves. In his article appearing in British daily ‘The Observer’ noted columnist Mehdi Hasan said a recent report rightly highlighted the government’s powers to impose a wide array of illiberal and often draconian restrictions on Muslim terror suspects, without a proper trial and often on the basis of secret evidence.

Neil MacGregor, 36, sent emails to police saying he would murder a Muslim a DAY unless all Scots mosques were shut.

One email, sent from a flat in Glasgow, read: "I'm a proud racist and National Front member. Our demands are very small.

"Close all mosques in Scotland. If our demands aren't met, we'll kidnap one Muslim and execute him or her on the internet."

MacGregor then followed up the email with a call threatening to blow up Glasgow's Central Mosque.

It ended a series of adjournments at Glasgow Sheriff Court - while the state of MacGregor's mental health was investigated.

MacGregor had admitted making the threats in January and February 2007.

The court was told that MacGregor had reacted after being sent an internet clip of a hostage being beheaded.