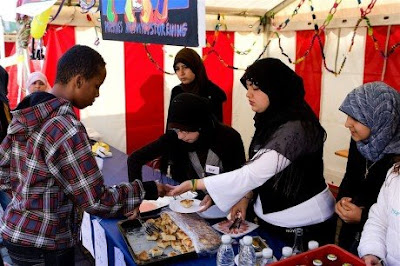 The holy fasting month of Ramadan will start in Europe on Friday, August 21, according to astronomical calculations, the European Council for Fatwa and Research (ECFR) has announced.

"Thus Friday, August 21, will be the first day of Ramadan inshallah."

Turkey and all Balkan countries have already announced that the dawn-to-dusk fasting month will start on Friday, according to astronomical calculations.

The Islamic Society of North America (ISNA) said that Ramadan would begin on Saturday, August 22, in North America.

Muslims dedicate their time during the holy month to become closer to Allah through prayer, self-restraint and good deeds.

It is customary for Muslims to spend part of the days during Ramadan studying the Noble Qur'an.

Many men perform i`tikaf (spiritual retreat), spending the last 10 days of the month exclusively in the mosque.

The ECFR urged Muslims worldwide to adopt astronomical calculations in defining the start of the holy fasting month.

"Astronomy is a modern science that reached a great level of accuracy in determining the start and end of lunar months.

"So we urge European Muslims to adopt it in determining the start of lunar months, particularly Ramadan and Shawwal, to help people do their religious duties.

"We also ask mosque officials and scholars in all Muslim countries to respect the clear-cut results of the astronomical calculations to help unify Muslims worldwide."