Do not be sad - Always remember Allah 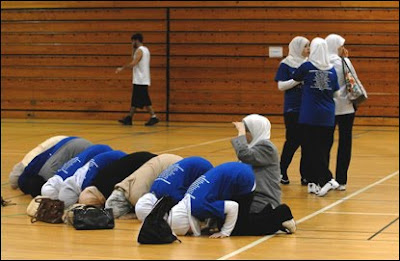 Therefore remember me [by praying, glorifying etc.] and I will remember you…
(Qur'an 2: 152)

And the men and the women who remember Allah much with their hearts and tongues, Allah has prepared for them. Forgiveness and a Great reward [i.e. Paradise]. (Qur'an 33: 35)

You who believe! Remember Allah with much remembrance. And glorify His Praises morning and afternoon [the early morning (fajr) and ASR prayers. (Qur 'an 33: 41-42)

You who believe! Let not your properties or your children divert you from the remembrance of Allah. (Qur 'an 63: 9)

And glory’s' the Praises of your Lord when you get up from sleep. And in the night-time also, glorify His Praises, -and at the setting of the stars. (Qur 'an 52: 48-49)

You who believe! When you meet [an enemy] force, take a firm stand against them and remember the Name of Allah much [both with tongue and mind], so that you may be successful. (Qur'an 8: 45)

In an authentic hadith, the Prophet (bpuh) said:

"The example of one who remembers his Lord in relation to one who does not remember his Lord is that of the living and the dead."

The Prophet (Blessings and Peace be upon him) also said:

And in another authentic hadith, the Prophet (bpuh) said:

The following is an authentic hadith:

"A man came to the Prophet and said, Messenger of Allah, the commandments of Islam have become too much for me, and I am old in age; so inform of something that I can adhere to.' He said, `That your tongue (continually) remains moist with the remembrance of Allah."