Swine Flu can cause problems at Hajj 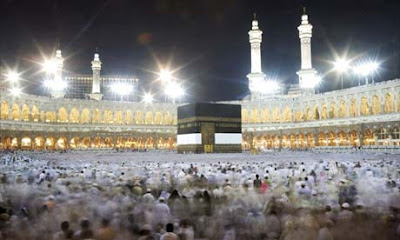 Arab health officials have agreed to restrict certain groups from performing the annual Muslim pilgrimage in Saudi Arabia this year amid growing concerns about the H1N1 flu pandemic.

Those considered high-risk such as the elderly, young children and the chronically ill have been advised to avoid making the hajj or the lesser umrah pilgrimage to the holy city of Mecca.

But Abdullah al-Rabeeah, the Saudi health minister, said on Wednesday the kingdom has no plans to restrict the number of visas it issues for pilgrims, though numbers are expected to be lower.

"We did not change the percentage of any country, we changed certain rules," he said after a meeting of Arab health ministers and representatives of the World Health Organisation (WHO).

"It's up to the country to replace [applicants who fall under the restrictions] with" other pilgrims.

The move to keep the vulnerable groups away from the pilgrimage is expected to be ratified by the respective Arab governments.

Hussein Gezairi, the WHO regional director for the Eastern Mediterranean region, said he expected Riyadh to ratify the recommendations, adding there was a "consensus" among the health ministers at the meeting.

"The Saudi government will make [these conditions] a requirement... No one will get their visa unless these requirements are fulfilled."

Gezairi said the Saudi government was well equipped to deal with communicable diseases among the large number of annual pilgrims.

"[Our] government has a very long experience now... because Saudi Arabia every year receives between 25 and 30 cases of cholera and no epidemics are happening."

Around three million Muslim pilgrims from over 160 countries head for the holy city of Mecca in western Saudi Arabia each year in one of the world's biggest religious gatherings.

In June, Saudi Arabia called on elderly, ill and other unfit Muslims - including pregnant women - to postpone their pilgrimages to Mecca because of the threat of H1N1.

This year the hajj will take place in November, while the umrah can be performed at any time but is popular during the Muslim holy month of Ramadan, which starts in August.

On Monday Egypt became the latest country to warn vulnerable Muslims against the pilgrimage to Mecca, after an Egyptian woman returning from Saudi Arabia succumbed to H1N1 - the first death in the Middle East and Africa.

Egyptian health officials have said all returning pilgrims will be quarantined.

"We are separating patients who are positive for avian flu in hospitals," said Hatem el-Gabali, the health minister in the most populous Arab country.

In Iran, a health ministry official repeated calls on Tuesday for elderly Iranians and children to avoid travelling to Saudi Arabia for the pilgrimage as the number of confirmed H1N1 cases in the Islamic republic rose to 16.

Tunisia earlier this month suspended umrah pilgrimages because of the virus, while reserving judgement on whether the main hajj pilgrimage should be undertaken in November.

The airborne H1N1 virus has now been diagnosed in tens of thousands of people worldwide, and has killed more than 430 people, according to the WHO.