By hook or crook: Israel trying to change history and geography of Palestine 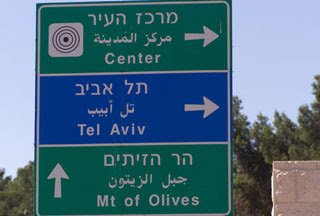 Experts are refuting an Israeli researcher’s claim that Palestinians are "ethnically Jewish" as a fundamentally flawed theory that contradicts both science and history, while Palestinians slammed it as part of a larger scheme to erase their identity.

"The claim that there are Jewish genes is ridiculous and unscientific," Kamel Katalo, professor of Sociology at Al-Khalil University, told IslamOnline.net.

Tsvi Misinai, an associate with Israel’s Ariel Center for Policy Research (ACPR), has come up with a thesis claiming that many Palestinians are "genetically Jewish".

He alleges that the ancestors of today’s Palestinians are decedents of the Hebrews who did not leave after the Romans sent the people into exile and were converted to Islam during the Ottoman era.

"After reading his booklet, I got the impression that the man makes strident generalizations and reaches spurious and completely erroneous conclusions based on questionable premises," insists Katalo.

He said one central flaw in Misinai’s theory is that it has never been established that there are what he called "Jewish genes."

"Indeed, if there was something like that, there would have been a unified definition of being Jewish.

"If there were indeed unique Jewish geneses, then what would explain the fact that there are Jews of all races?"

"It is historically established that the Jewish population in Palestine under the Ottoman rule, especially in the early period, was very small."

He also refuted the claim that the Ottomans compelled people to embrace Islam.

"This is a totally mendacious claim. There is no compulsion in Islam, and Jews and Christians as well as others were granted complete religious freedom under past Islamic states."

"They want to give an impression that Jews had always maintained a sizeable presence in Palestine, which is not true," he insists.

"These people are the greatest falsifiers of history."

Muhammed Masalmeh, a resident of the southern West Bank town of Dura, bushes off the Israeli author’s theory as non-issue.

"This entire issue about people having Jewish roots makes no sense to me," Masalmeh, who hails from a large Palestinian clan which Misinai says has Jewish roots, told IOL.

The 60-year-old Palestinian stressed that even if he had Jewish roots as Misinai claimed, it would mean nothing to him.

"I don’t think that my clan ever had any other identity besides the Palestinian-Arab-Muslim identity."

The clan has roots in both Palestine and Jordan and was always an integral part of the Palestinian Arab Muslim community.

"We never maintained an esoteric, cultic or insular presence as Jews do."

Makhamra believes Misinai’s theory is nothing but a new plot to fabricate history to justifying the creation of Israel in 1948 on the rubble of Palestine.

"Those standing behind him are trying to falsify history and give legitimacy to the Israeli Jewish occupation of our homeland."

On April 18, 1948, Palestinian Tiberius was captured by Menachem Begin's Irgun militant group, putting its 5,500 Palestinian residents in flight. On April 22, Haifa fell to the Zionist militants and 70,000 Palestinians fled.

On May 14, Jaffa completely surrendered to the much better-equipped Zionist militants and only about 4,500 of its population remained, and Israel was created on the rubble of Palestine.

"Having failed to liquidate the Palestinian cause and dislodge us from our ancestral homeland, they are now trying to invent stories and narratives to achieve their old goals," contends Makhamra.

Israel wants to change the Arabic and English spelling on road signs to leading to major cities and ancient holy sites, an Israeli newspaper reported Monday. Historic sites in the Holy Land often have parallel, not always entirely identical, names in Hebrew, Arabic and English. Road signs are generally topped with Hebrew names, then Arabic - the second official language, and English.

But instead of their age-old names in Arabic and English, the new Israeli government of hardline Prime Minister Benjamin Netanyahu plans to use the Hebrew transliteration, Yediot Ahronot reported.

Jerusalem will no longer be written as such in English, nor as al-Quds in Arabic, but only as Yerushalayim - both in Hebrew, Arabic and English letters.

Even the hometown of Jesus, known to Christians worldwide as Nazareth and local Arabs as al-Nasrah, will no longer be described as such on Israeli signs. It will be Natsrat, as pronounced in Hebrew.

In addition, the ancient Roman port of Caesaria becomes Kesariya. Tiberias, on the Sea of Galilee, becomes Tveria - on the Yam Kineret.

The initiative was authorized by Transportation Minister Israel Katz, of the ruling Likud party.

"If someone wants to use a road sign to turn Jewish Jerusalem into the Palestinian al-Quds - that won't happen under this government, and certainly not under this minister," Katz told the daily.

The Palestinians want East Jerusalem, captured from Jordan in the 1967 Arab-Israeli war and subsequently annexed by Israel, as the capital of their future state. The current government has vowed Jerusalem will remain the "undivided" capital of Israel.

His has decision sparked scorn among Arab-Israeli lawmakers, including Ahmed Tibi, of the United Arab List - Ta'al faction with four mandates in the 120-seat Knesset, Israel's parliament.

"Al-Quds remains al-Quds," he said. "The minister errs if he thinks that word laundering can erase the Arabs' existence in Israel and their link to the land."

The move sparked also criticism within the government. "Street signs are no political theme. Arabic is an official language in Israel," said Minorities Minister Avishai Braverman, of the dovish coalition Labour Party.

A commentator in Yediot too charged that the Transport Ministry should rather deal with "real problems" such as deadly traffic accidents.

The ministry said the project, now approved by Katz, was begun already a year ago, under previous transportation minister Shaul Mofaz, a hawk in the centrist, former ruling Kadima party.

A tourism campaign depicting the areas of the West Bank, Gaza Strip and Golan Heights as part of Israel has been banned by the advertising watchdog following hundreds of complaints.

The poster campaign, run by the Israeli Government Tourist Office, ran with the headline "experience Israel" with a picture of a boy snorkelling with dolphins. The ad featured a map of Israel that included the West Bank, Gaza Strip and Golan Heights.

The Advertising Standards Authority received complaints from 442 members of the public, as well as the Palestine Solidarity Campaign and Jews for Justice for Palestinians, that the poster misleadingly implied that these areas were internationally recognised as part of Israel.

The State of Israel Ministry of Tourism, replying on behalf of the IGTO, said the map was a "general schematic tourism and travel map, rather than a political map". SIMT argued that the complaints were political in nature and not relevant to a tourist ad.

The ASA noted that the ad implied that all areas featured on the map were part of the state of Israel and that the border lines for the contested regions were "faintly produced and difficult to distinguish".

"We understood that the borders and status of the occupied territories of the West Bank, the Gaza Strip and the Golan Heights were the subject of much international dispute," said the ASA in its ruling. "And because we considered that the ad implied that those territories were part of the state of Israel, we concluded that the ad was misleading".