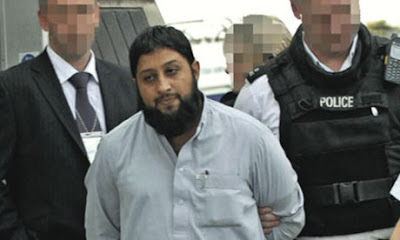 The true depth of British involvement in the torture of terrorism suspects overseas and the manner in which that complicity is concealed behind a cloak of courtroom secrecy was laid bare last night when David Davis MP detailed the way in which one counter-terrorism operation led directly to a man suffering brutal mistreatment.

In a dramatic intervention using the protection of parliamentary privilege, the former shadow home secretary revealed how MI5 and Greater Manchester police effectively sub-contracted the torture of Rangzieb Ahmed to a Pakistani intelligence agency, the Inter-Services Intelligence Directorate (ISI), whose routine use of torture has been widely documented.

This is the first time that the information has entered the public domain. Previously it has been suppressed through the process of secret court hearings and, had the Guardian or other media organisations reported it, they would have exposed themselves to the risk of prosecution for contempt of court.

Davis told MPs that although sufficient evidence had been gathered to ensure Ahmed could be prosecuted for serious terrorism offences, he was permitted to fly from Manchester to Islamabad, the Pakistani capital, in 2006 while under surveillance. He then detailed the way in which the British authorities:

• Tipped off the ISI that Ahmed was on his way.

• Told the ISI he was a terrorist and suggested that he should be detained.

• Were aware of the methods used by the ISI while questioning terrorism suspects.

• Drew up a list of questions for the ISI to put to Ahmed.

• Questioned him themselves after he had been in ISI custody for around 13 days.

The officers from MI5 and MI6 who interrogated Ahmed should have known his detention was unlawful because he had not been brought before a court. Ahmed says he told these officers he was being tortured and that signs of his mistreatment would have been evident.

He says he was whipped, beaten, deprived of sleep and sexually humiliated. At one point three fingernails were ripped out of his left hand. He says this was done slowly, over a period of days, while he was being asked questions which he believes were handed to the ISI by British and US authorities.

Researchers from the New York-based Human Rights Watch (HRW) say several Pakistani officials have corroborated accounts of torture given by several victims. The officials not only made clear that their counterparts in British intelligence were fully aware of the methods they were employing during interrogations but claim the British agents were "grateful" it was happening.

In a statement issued today , HRW said senior Pakistani officials had told it "on numerous occasions" that British officials were aware of the mistreatment of a number of terrorism suspects from the UK, including Rangzieb Ahmed and Salahuddin Amin, who are now serving life sentences in the UK, Zeeshan Siddiqui, whose whereabouts is unknown, and Rashid Rauf, who is said to have died in a US missile strike after escaping from custody.

HRW said senior officials in Pakistan had confirmed the "overall authenticity" of the allegations made by Ahmed, from Rochdale, who had three fingernails ripped out of his left hand after MI5 and Greater Manchester police drew up a list of questions and handed them to his Pakistani captors.

The sources said that an account given by Amin, from Luton, of the manner in which he was tortured in between meetings with MI5 officers was "essentially accurate", adding that his was a "high pressure" case in which the demand for information made by both British and American intelligence officers was "insatiable".

HRW says it was told by senior Pakistani officials that the UK and the US were "party" to Amin's detention and were "perfectly aware that we were using all means possible to extract information from him and were grateful that we were doing so".

HRW was told by senior Pakistani intelligence officers that their British counterparts were well aware that Siddiqui, from London, was being "processed in the traditional way". These sources said they worked so closely with the British officials that those officials were in effect interrogating Siddiqui even though they were not in the torture chamber.

In other cases, Pakistani agents who were dealing with their British counterparts while torturing British citizens say they were "under pressure to perform" and to extract as much information as possible.

Furthermore, HRW says a British intelligence source has told it that plans to deport one British citizen from Pakistan to the UK and prosecute him for terrorism offences had to be dropped because the individual had been so severely tortured.

The Pakistani interrogators' accounts of their close working relationship with British intelligence officers are to be detailed in a HRW report later this year.