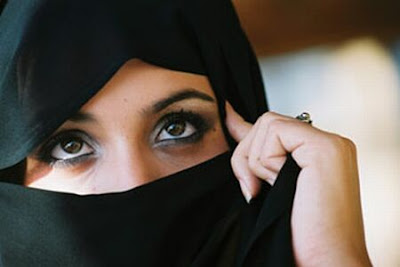 Egypt has finally decided to fight the rising phenomenon of sexual harassment on its streets, choosing mosques as the launching pad of its war against stalkers.

"There must be some serious action to curb it and our ministry has decided to take this action."

The Ministry, which is responsible for mosques and places of prayer, has distributed a booklet about sexual harassment in what appears to be a new bid to curb sexual harassment which continues to claim new victims on the crowded streets of Egypt.

The 35-page booklet contains important definitions about harassment and an analysis of the reasons why this phenomenon has risen in the largely conservative Egyptian society.

Among many other things, the authors blame unemployment and provoking clothes worn by some women for the increase in the number of harassment cases.

The booklet urges women to wear the headscarf and be fully covered so that stalkers would not be tempted to approach them.

In 2005, officials at the Egyptian Centre for Women’s Rights - a local organization that gives legal aid to women - were showered by complaints from women who experienced harassment on the streets.

In one of the studies the center conducted, 83 percent of female interviewees said they undergo harassment every now and then.

Nearly 62 percent of the male respondents said they harassed women more than once.

Center officials say 69 percent of harassment cases happen on the streets, 42 percent on public transport, 22 percent on the beach, while only 6 percent in work places.

A recent crackdown by the government resulted in the arrest of a big number of men who were harassing women on the street.

Mosque imams would start to read out the contents of the new booklet before and after prayers with the aim of warning worshippers against the dangers of harassment.

Some of the imams said they would specify whole sermons for harassment and its consequences, especially before the Friday prayer.

Others said they would discuss the issue on a daily basis so that men stop harassing women.

"Mosques are the most appropriate places for fighting this phenomenon," believes Sheikh Ahmed Hashim, the imam of a small mosque in the crowded residential district of Shubra, west of Cairo.

Acer Yasser, a social researcher and a specialist on sexual harassment, believes mosques will be effective in fighting harassment, but not to a very big extent.

"The problem is that people always draw a strong line of demarcation between religion and their day-to-day dealings," she told IOL.

"I mean those males who pray may sometimes harass females and this is the problem."

Yasser, the social researcher, is yet critical of the booklet's linkage between harassment to how women are dressed.

"The book gives meaningless excuses for harassers," she argues.

"The fact that some women wear un-Islamic attire shouldn’t be excuse that people make her life hard."

Acer had conducted several researches on sexual harassment on the streets of Egypt.

She says that most of the women she met wore the hijab but were sexually harassed none the less.

Wafaa Nabil, a 27-year-old bank accountant, is one of those who is never out on the street without being catcalled at by men.

"It’s becoming so horrible," she laments.

"Men bother me all the time although I cover my hair and my body."

Egypt does not have a law to criminalize sexual harassment.

The Egyptian Centre for Women’s Rights has presented a draft bill to the Parliament so that harassment would be criminalized.

Although centre officials expect the law to take a long time to be approved by Parliament, they are hopeful harassment would disappear one day.

"We need to join hands to bring this ugly practice to an end," says Rasha Hassan, the lead researcher in the center.

"Harassment has very negative consequences. Some of the women who undergo the experience feel afraid to go out."

Nearly two-thirds of Egyptian men admit to having sexually harassed women in the most populous Arab country, and a majority say women themselves are to blame for their maltreatment, a survey showed Thursday.

The forms of harassment reported by Egyptian men, whose country attracts millions of foreign tourists each year, include touching or ogling women, shouting sexually explicit remarks, and exposing their genitals to women. "Sexual harassment has become an overwhelming and very real problem experienced by all women in Egyptian society, often on a daily basis," said the report by the Egyptian Center for Women's Rights.

Being an Egyptian woman is to accept sexual harassment as daily routine, according to a recent report from the Egyptian Center for Women’s Rights (ECWR). The study outlines, 60 percent of Egyptian women and 98 percent of foreign women are harassed on a daily basis.

Worse, though, is the expectation among both men and some Egyptian women that women are asked to be harassed by their manner of dress. According to the survey, 83 percent of Egyptian women and 98 percent of foreign women admitted to having been sexually harassed, though less than 3 percent of the harassed Egyptian women ever reported it. And, although it likely goes without saying, most of the Egyptian women who were harassed were wearing headscarves or clothes they deemed modest because, when it comes to street harassment, it isn't ever really about what a woman is wearing, it's always about a man trying to assert himself and intimidate her.

Surprisingly, some Egyptian women say that their veils don’t protect against harassment, as the lollipop ads argue, but fuel it. A survey released this summer supports the view.

“These guys are animals. If they saw a female dog, they would harass it,” Hind Sayed, a 20-year-old sidewalk vendor in Cairo’s Mohandisseen district, said, staring coldly at a knot of male vendors who stood grinning a few feet from her.

In accord with her interpretation of Islamic law, which says women should dress modestly, Sayed wore a flowing black robe and black veil. Together, they covered all but her hands and her pale face with its drawn-on, expressive eyebrows. Despite her attire, Sayed said, she daily endures suggestive comments from male customers and fellow vendors.

Mona Eltahawy, a 41-year-old Egyptian social commentator who now lives, unveiled, in the United States, said that as a Muslim woman who wore hijab for nine years and was harassed “countless times” in Egypt, she has concluded that the increase in veiling has somehow contributed to the increase in harassment.

“The more women veil the less men learn to behave as decent and civilized members of society,” Eltahawy wrote in an interview via Facebook. “And the more women are harassed, the more they veil thinking it will ‘protect’ them.”