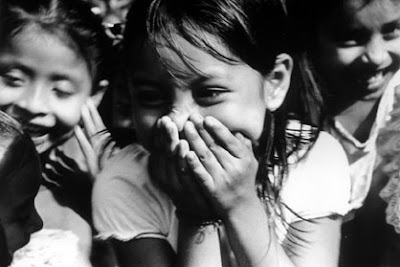 A big debate is going on in UK within the Muslim community regarding sex-education lessons to Muslim children. A lot pf people are opposed to their children receiving them. The problem is that there are so many sources of information nowadays that if its restricted from the official sources then they may learn misinformation from unofficial sources.

At the time of the prophet, muslims men and women were never too shy to ask the prophet about all affairs, including such private affairs as sexual life, so as to know the teachings and rulings of their religion concerning them. As Aisha, the wife of the prophet testified, "Blessed are the women of the Ansar (the citizens of Madina). Shyness did not stand in their way seeking knowledge about their religion." (All except Termizi).

The way the ladies asked the prophet-directly or through his wives is a proof that sexual matters were not taboo but were fully acknowldged and respected. "Shyness is part of the faith" as the prophet taught, but he also taught "There is no shyness in matters of religion" even entailing the delicate aspects of sexual life.

It is our firm belief that facts about sex should be taught to children in a way commensurate with their age as they grow up both by the family and the school. We emphasize that this should be done within the total context of Islamic ideology and Islamic teaching, so that the youth-beside getting the correct physiologic knowledge become fully aware on the sanctity of the sexual relation in Islam and the grave sin of blemishing such sanctity whether under Islamic law, or far more important in the sight of God. Provided the Islamic conscience is developed we see no reason to shun sex education (unfortunately the rule in many muslim countries), and we believe it is better to give the correct teaching rather than leave this to chance and to incorrect sources and to the concomitant feeling of guilt by the hush-hush atmosphere in which this is done.

However, sex education includes many things other than the simple sexual relationship between two married spouses. What children need to learn about sex in the early stages of their lives differs from what they need to learn when they are older. Young children are extremely curious, and they like to explore when they do not get plausible answers from their parents. They look for other alternatives.

We should not think that our children are far from such discoveries, because even if we have control on what they watch, hear, or say indoors, it is impossible that we control what they get across outdoors. Out there, children meet other children with different backgrounds and cultures. These children can share with them things that we do not like them to hear about, and as parents, we can imagine how messy it can be when sex topics are discussed among kids.

Therefore, we need to teach our children to return to us when they have dubious information or insistent questions that concern them, whether about sex or any other topic. If we make them feel that we are always there for them and that their continuous questions never bother us, they would not hesitate to ask their questions.

But, with the many burdens we face daily, we would never have time to answer all their questions. So, we should make a promise to get back to them when there is more time. In this way, they will not need to look for alternatives, and we can ensure correct and healthy sex education instead of leaving them exposed to misinformation from their siblings, peers, or friends.

It may also be helpful to remember that sex education is not forbidden even at younger ages. The Companions, including women, did not hesitate to learn about sex from Prophet Muhammad (peace and blessings be upon him). For example, the Prophet taught them to lower their gaze.

“Sex education means informing a young man and woman about how to satisfy sexual desires innate in them according to the laws established by Almighty Allah.

It is natural that such kind of education must exist in the Muslim societies since it aims, originally, at teaching a Muslim the morals of Islam and its rulings.

Muslim Jurists were keen on disseminating such form of useful knowledge to the extent that they had a common dictum that reads: 'Shyness should not stand in your way to seek knowledge about (sensitive) matters of religion.'

Since the sex education known in the Western societies makes it lawful for any young man and woman to fall in the abyss of adultery, it becomes incumbent on Muslims to inculcate their sons and daughters with the true sex education as shown by Islam and the rulings of Allah regarding such very sensitive and delicate matters.

As we have known that sex education in Islam is a form of imparting religious knowledge to young men or women, for them to be aware of what is required of them in matters of deen and dunya it is not allowed under any pretext to use such sex education to sanction adultery or moral deviation by any means such as naked photos or direct description of sexual practices.

“Those who think that sex education is not allowed in Islam are completely wrong. The books of Islamic jurisprudence expose several topics promoting sexual awareness, including discussion of menstruation, childbirth bleeding, pregnancy, delivery, rules of sexual intercourse, rules of marriage, taking a bath (Ghusl) after sexual intercourse, rules related to ejaculation of sperm during intercourse and intercourse without ejaculation, and rules related to the punishment for committing adultery or fornication. All these rulings are dealt with in the books of Islamic jurisprudence in a moral and scientific manner.

In Surat an-Nur, Almighty Allah says, “The adulterer and the adulteress, scourge ye each one of them (with) a hundred stripes. And let not pity for the twain withhold you from obedience to Allah, if ye believe in Allah and the Last Day. And let a party of believers witness their punishment.” (An-Nur: 2). Also the Qur’an counts among the attributes of the believer: “And those who preserve their chastity save with their wives and those whom their right hands possess, for thus they are not blameworthy.” (Al-Ma`arij: 29-30) It is natural that in the course of explaining these verses to people, we must explain what is meant by fornication and adultery.

Also at schools, children, males and females, study biology and the topics related to reproduction in plant, animal, and human lives. They even may happen to witness some scenes in which animals reproduce. These are natural phenomenon that is known to all.

Therefore, if we do not give our children proper education in this field, they will be liable to commit mistakes and deviate.

In his book al-Majmu`, Imam an-Nawawi mentions that Imam Ash-Shafi`i is of the opinion that parents are under obligation to give their children such kind of sex education.

As for the age, such kind of sex education is to be given at the age of discretion when a child can distinguish between a male and female. But from psychology we learn to start educating children gradually starting from reproduction in plant life, moving to animal life and finally in human life. Through proper sex education given by parents, they can protect their children against moral deviations and in consequence several fatal diseases.”

Shedding more light on what kind of sex education to be given, we’d like to stress that “Islam is explicit about many aspects of human sexuality. Also, based on the numerous hadith showing the Prophet's willingness to discuss these matters openly, it should be obvious that education about matters related to sex is acceptable. Muslims may disagree about the age at which sex education begins; some don't discuss the subject at all. Explaining anatomy and the changes one's body experiences during puberty are essential for enabling young people to grow up with a healthy self-image. Also, in an age where sexual activity in many countries begins at an early age, Muslim adolescents must be informed to better enable them to deal with peer pressure.

Sex education can be taught in a way that informs young people about sexuality in scientific and moral terms. In countries with very diverse populations, such as the United States, the main limitation in developing sex education curricula, particularly in public schools, is the inability to select a universally acceptable moral position. Therefore, young people are given facts and information, and advised that if they choose to engage in sexual relationships, they should take measures to prevent pregnancy and sexually transmitted diseases. The moral and religious aspects of sexuality can be incorporated either in schools of a particular religious denomination or in adjunctive coursework offered by religious institutions. Regardless of the challenges of each society, young people must be adequately informed. Also, in some Muslim communities, individuals are encouraged to marry at young ages. They need to be educated regarding sexuality prior to the marriage such that they know what to expect and can consider their options for birth control prior to consummating the marriage.”