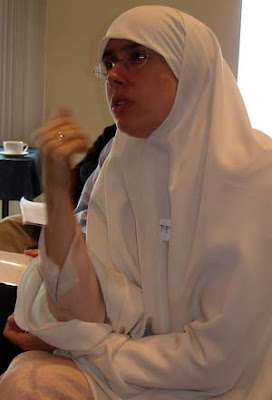 "I want to hear from you as to how we can serve you better," Awady told the assembly meeting of the board of the federation.

It is customary that the prestigious position goes to a science journalist representing the host country of the next WCSJ.

Cairo was declared the venue of the next WCSJ after a successful co-bid by the Arab Science Journalists Association (ASJA) and the American National Association of Science Writers (NASW).

They defeated three other strong bids from Kenya, Uganda, and Finland.

Awady is co-directing the team responsible for putting together the upcoming WCSJ in Cairo in 2011.

The WFSJ is a non-profit organization acting as an umbrella network of national, regional, and international associations of science journalists and science communicators.

It was founded in 2002 with the aim of promoting science journalism and communication throughout the world, with a special focus on the developing world.

Currently, there are 40 networks registered under it.

Awady said that during her presidency, she wants to focus on areas of the world that so far have not had strong support from the WFSJ, such as Russia.

She promised to continue and expand on a successful twinning training program launched a few years ago, which twinned a professional science journalist from the West with one from Africa or Southern Asia.

"It is very exciting to think that one of us has become president of the federation," said Dalia Abd El-Salam, the environmental editor of Egypt's French-speaking weekly Al-Ahram Hebdo.

"This will give Arab science journalism a great and much-needed boost," she believes.

"I’m so proud of her and all of the Egyptians here in the conference are."

Awady has been serving as of the WFSJ's board treasurer since 2007, becoming the first Muslim elected as a member of the board.

Awady is past president and founding member of the Arab Science Journalists Association.

She was a staff writer in IslamOnline.net from April 2000 until July 2008, writing many articles in English and Arabic on a variety of issues.

She founded IslamOnline.net's Health & Science Section in 2002 and ran the section until June 2006.

Awady served as IOL deputy editor in chief from September 2005 until June 2006.

She became Director of Outreach and Cooperation for Media International, which operates IslamOnline.net, in July 2006 and served in the post for two years.