A recent study suggested that the number of hate groups in America is growing rapidly — jumping 50 percent since 2000. In just the past year, more than three dozen groups have joined the list.

The number of hate groups in North Carolina has varied year by year, but since 2003 the state has ranked anywhere from sixth to 11th in the country, with between 28 and 37 active groups, according to the Southern Poverty Law Center. 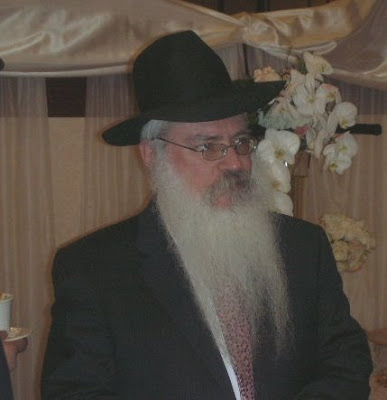 A St. Paul rabbi faced a flurry of criticism this week after an independent Jewish magazine quoted him as saying he advocated killing Arabs and destroying their holy sites.

Rabbi Manis Friedman, of the Bais Chana Institute of Jewish Studies in St. Paul, said "the only way to fight a moral war is the Jewish way: Destroy their holy sites. Kill men, women and children (and cattle)."

His response was part of an article titled "How Should Jews Treat Their Arab Neighbors?" in Moment, a Washington D.C.-based magazine that's part of the Center for Creative Change.

Friedman issued a statement Wednesday, saying his comments, as published, were "misleading."

He said the question was responding to in the article was: "How should we act in time of war, when our neighbors attack us, using their women, children and religious holy places as shields."

Friedman said he was trying to address some of the ethical issues related to forcing the military to withhold fire from certain people and places, "when one's own family and nation is mercilessly targeted from those very people and places!"

Friedman's statement was one of several from rabbis around the country printed in Moment, which bills itself as a magazine of Jewish politics, culture and religion. The rabbis each represented a different denomination. Chabad-Lubavitch is a Hasidic movement in Orthodox Judaism. Friedman was listed as rabbi of the Bais Chana Institute of Jewish Studies, a girls school in St. Paul.

The other rabbis all advocated finding a peaceful solution to the Arab-Israeli conflict. Friedman's statement opens with: "I don't believe in western morality, i.e. don't kill civilians or children, don't destroy holy sites, don't fight during holiday seasons, don't bomb cemeteries, don't shoot until they shoot first because it is immoral."