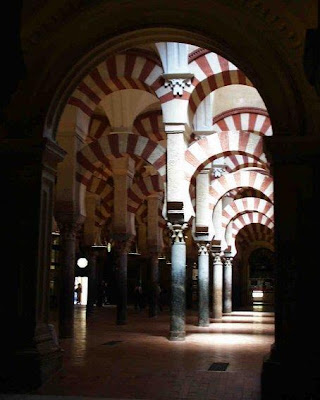 The first time Kathleen Baines saw Maksud was on Wednesday, May 20. Like everyone else, she knew the well-to-do Pakistani by his first name only. He had started appearing here the previous September, wandering around outside Masjid al-Ikhlas (the "mosque of devotion") in town, meeting people in a popular local restaurant, paying for their meals and offering financial help.

Frequenters of the mosque, some of them immigrants from East Asia and others African Americans, could not help but notice that Maksud had five vehicles, including a Mercedes, a BMW and an ATV.

On that Wednesday in May, Maksud arrived in the neighborhood in one of his cars at about 4 P.M. and stopped at Baines' house. He has a narrow face, she recalls now, and peroxided hair. He would wear sunglasses and expensive shoes. Whenever he came to look for her partner, James Cromitie, in recent months, he would remain outside, and this time was no different.

"Where is the brother?" he asked, and she answered from the window: "James is on his motorbike with my son." Maksud asked her what his cellular phone number was. The question sounded strange to Baines since he was the one who had given James the phone.

When Cromitie returned with her son on the motorbike, he gave her a kiss and went over to Maksud's car. She saw on the seat of the car that three cellular telephones had been placed alongside one another and this also seemed strange.

At around 8 P.M. she called her partner, but there was no reply. She was not surprised. "Maksud would always force him to turn off his phone when they met. He always tried to persuade James to leave me. He called me the 'boss-woman.' He would ask: Where is the bitch?" she said when we met last week in Newburgh.

Cromitie did his best to avoid Maksud, Baines says. They were relieved when he said he was leaving for Pakistan in November 2008, but in January 2009 he returned.

"I'm taking the brother to the mosque," Maksud would tell her. He paid for Baines' rent several times, gave Cromitie money and promised to bring them gifts. "Listen, sister," she remembers him saying, "if the brother wants $10,000, I'll give it to him." Maksud would add that this was in the spirit of Islam.

Baines is 42 and has two grown daughters, a 6-year-old son from a different man and a 2-year-old grandson.

"James treated all of us like his family," she says. She met him in a hostel for men, where she worked, four years ago. Cromitie, 53, was born in Brooklyn and spent 12 years in jail for various drug offenses. In 2005, a few months after he was released, he moved to Newburgh. "He is a gentleman. One doesn't find men like that today. He asked me to stop working. He converted to Islam in jail and from that I understood that Islam must be good because he treated me well."

On that day in May when she tried to reach him by phone, Baines did not know that Maksud, Cromitie and three of their friends were on their way to Riverdale in the Bronx, to carry out what Assistant U.S. Attorney Eric Snyder described later as an unimaginable, blood-curdling plot: planting bombs in parked cars next to a Riverdale synagogue and Jewish cultural center, and shooting missiles at a helicopter at Newburgh's Air National Guard base.

The lethal plot was foiled, however. One of the five men put the bombs in place while three others kept watch. But no one was aware that the bombs had been defused earlier by the Federal Bureau of Investigation - and that FBI officers, members of the New York Police Department and a joint anti-terror force were lying in wait for them.

When the men returned to the car, they were arrested at the height of an "painstaking operation," as one source said to The New York Times. According to official reports, the investigation started in June 2008. The FBI received a tip-off then that the men were planning to attack targets in the United States. Four of the men are converts to Islam; three were born in the U.S. and the fourth (said to have psychiatric problems) is from Haiti. They were all jailed in the past for drug offenses.

In a press conference held outside the Jewish center in the Bronx on May 21, the commissioner of the New York City Police Department, Raymond Kelly, said the four had been overheard saying they wanted to carry out a jihad because so many Muslims were being killed in Afghanistan and Pakistan.

Democratic Party Assemblyman Jeffrey Dinowitz, who represents the Bronx in the state assembly, said in an interview with the Times that people are sometimes motivated by religious hatred and hatred of Jews, but it was fortunate that the FBI and police had uncovered this plot at an early stage.

On that fateful Wednesday evening, Baines still knew nothing - even when FBI agents carried out a search of her house and detained her for five hours. The following day, when it was reported that the driver of the car had cooperated with the FBI, Baines realized that this was Maksud - "the man who destroyed my life."

Salahuddin Muhammad, the imam of the local mosque, was not surprised. "We thought he was an informer," he told both journalists and the children who study in the mosque. The children saw all the media buzz and were disturbed that the name of their mosque had come up in connection with the plot. "We wondered what to do," the imam explained to the youngsters. "How should we tell the authorities that we suspected him? But it was the authorities who had sent him."

Maksud, it later transpired, is a Pakistani immigrant who was arrested in 2002 for selling fake driving licenses to immigrants. In order to avoid serving a jail sentence and being exiled, he agreed to work for the FBI. An on-the-ball journalist from The New York Post realized this was the same federal informer who had worked five years earlier in Albany, New York, in a similar fashion. He had appeared near a local mosque there, presented himself as religious and rich, and had become friendly with Musharaff Hussein, an immigrant from Bangladesh who owned a pizzeria and was having money troubles. According to the official version, the informer eventually helped to thwart a dangerous terror plot planned by the pizzeria owner and the mosque's imam, Yassin Arif, originally from Kurdistan. They were plotting to kill a Pakistani diplomat and to finance the murder by selling weapons. In Albany, Maksud used a different name.

An FBI spokesman in New York refused to confirm or deny that this was the same informer, but said, in a telephone conversation, that the prosecution had to prove the guilt of the four men while the defense had to prove that they had fallen into a trap.

Email ThisBlogThis!Share to TwitterShare to FacebookShare to Pinterest
Labels: Spying