France to bring in Burqa/Niqab ban in public 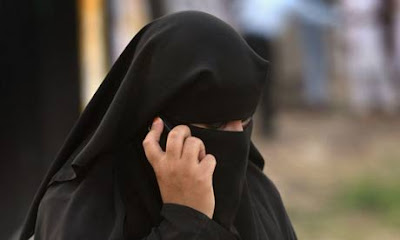 The French government appeared divided Friday, June 19, over a proposal to ban the donning the burka, a loose outfit covering the whole body from head to toe and wore by some Muslim women.

"If it were determined that wearing the burka is a submissive act, and that it is contrary to republican principles, well naturally parliament would have to drawn the necessary conclusions," Government Spokesman Luc Chatel said, reported Agence France Presse (AFP).

Chatel, who welcomed the proposal, has not rule out the possibility of passing a law in this regard.

Communist MP Andre Gerin is spearheading the drive to set up a parliamentary commission to look into what he described as a growing number of women donning the burka in France.

His proposal is backed by some 58 MPs, many of whom are from President Nicolas Sarkozy's ruling Union for a Popular Movement (UMP) party.

The lawmakers are calling for a special inquiry into whether women who wear the burka or the niqab undermine French secularism and women's rights.

It is expected to come up for a vote in the National Assembly soon.

If the lower house agrees to set up the commission, it would draft a report to be released no later than November 30.

According to AFP, there are no figures on the number of women who wear the full-body covering in France -- and whether it is on the rise.

In past, they have indirectly discriminated against women wearing Niqab by rejecting their citizenship.

Its been over 5 years now since they brought in Anti-Hijab law. Just makes me wonder what they will be doing next.

If you read history, the catholic church (backed by France ofcourse) used to pass all strange laws like Missionary position was the only permitted way to consummate relationship between couples. All other positions were considered sinful. Special permission was required in case of exceptions.

Maybe in near future they might say that when its summer women cant dress modestly, they need to dress like tarts.