Independent Kosova: One year on 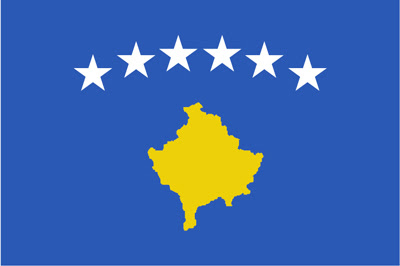 The issue of Kosova and the international recognition of its statehood these days are obviously far from media attention, with the Middle East permanently boiling, North Korea showing off its nuclear power, and the global economic crisis rightly stealing most of the headlines and prime time minutes.

But, this absence from news bulletins does not mean that there is dust over Kosova, or for that matter, the wider Balkan region has finally and permanently been settled.

More than a year after proclaiming independence from Serbia, Kosova has been recognized by 60 countries, including the United States of America, most of Europe's largest states, and some very important Muslim countries, like Saudi Arabia, Turkey and Malaysia.

Still, on June 15, when Kosovars will mark the first anniversary of the entry into force of their constitution, the shadow of a great number of states hesitating to endorse its statehood will certainly bring some rainy clouds above the celebration.

In addition, the one single question that is bound to "spoil" the celebration is going to be the unclear future regarding Serbs living in Kosova and the neighboring state of Serbia.

Serbia is still persistent in its stubborn refusal to accept the reality of an independent Kosova.

It does an incredible job to keep many countries — including too many Muslim ones — from recognizing the newest Balkan republic. Furthermore, the whole international community is highly reluctant to engage with Kosova in a meaningful way.

So, the just, multiethnic concept of the internationally supervised state does not break down — again — in the whirlpool of ethnic divisions and the renewal of conflict.

Hence, today, Kosova's success is measured not by what it did, but by what it did not do, or to put it even more accurately, it is what it could not do.

Email ThisBlogThis!Share to TwitterShare to FacebookShare to Pinterest
Labels: Kosovo