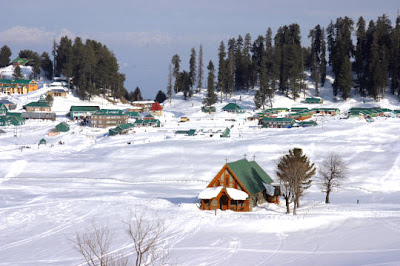 Immediately after the bodies of two young Muslim women, Nilofer Shakeel and Asiya Jan, were found here on May 30, locals suspected the involvement of security forces from nearby bases.

Anger rippled through the state when, only days after the incident, the state's chief minister, Omar Abdullah, said medical tests indicated the women had been neither raped nor murdered. Later forensic tests showed that they had, and Mr. Abdullah ordered a high level judicial inquiry into the crimes.

But by then the murders had triggered statewide protests. At least two people were killed and hundreds wounded. In Shopian this week, the protests continue.

This week, authorities said they would follow the recommendations of an interim report from the inquiry and suspend four police officers for destroying evidence and "dereliction of duty." The final report is due at the end of the month.

In Shopian, people say they will continue to protest until the culprits are locked up. "So far, the authorities have done nothing to help us at all," says Shakeel Ahmed, Ms. Shakeel's wretched-looking husband as he sits at home. Nearby, village children have gathered to play with the couple's toddler.


In recent years the Kashmir Valley – once described by former United States President Bill Clinton as the most dangerous place on earth – has been relatively peaceful. The calm came largely due to renewed peace talks between India and Pakistan, which both rule portions of Kashmir but claim it in its entirety, as well as the adoption by many separatist groups of nonviolent means of agitation.

But most people in the state still yearn for freedom from Indian rule. Last year, a government plan to transfer land to a Hindu shrine in the state sparked the biggest pro-independence protests since the early 1990s.

Any crime that is suspected to involve security forces – an omnipresent reminder of Indian rule – tends to be seized upon by separatist groups. Despite the relative calm, some 600,000 security forces remain stationed in Kashmir. Their presence is bitterly resented.

"After the transition from violence to nonviolence in the separatist movement there is no need for the deployment of so many security forces in the villages," says Yaseen Malik, a separatist leader and former fighter. "Why should they be deployed in civilian areas when there is no need of them now?"


Thirty protesters were hurt Tuesday when police fired shots in the air and teargas during fresh protests in Indian Kashmir over the alleged rape and murder of two Muslim women, police said.

The injuries were reported in southern Pulwama district where riot police used force to disperse hundreds of stone-throwing students "to maintain law and order," a police officer said.

"Three of the injured are in critical condition," he said.

However, residents reached by telephone said the demonstrators were peaceful when police blocked them and chased them away by firing shots in the air and scores of teargas shells.

Earlier in the day hundreds of Muslim students marched through the streets of Indian Kashmir's summer capital Srinagar.

Chanting "We want freedom" and "punish the killers", they later dispersed without violence.

Similar peaceful demonstrations were held in other towns in the Muslim-majority Kashmir valley, witnesses said.

Anger over the deaths last month of a 17-year-old girl and her 22-year-old sister-in-law has effectively shut down much of Kashmir valley, including Srinagar, for nearly two weeks.

Indian officials had insisted the two women had drowned, but their families accused security forces of abducting, raping and killing them.

In most of the region, schools, shops and banks opened Tuesday after separatists called for an end to their eight-day long general strike, but the women's hometown of Shopian remained shut up.

Authorities have issued a ban on demonstrations in an attempt to curb the daily protests, which have so far claimed one life and left nearly 400 injured.
Posted by Zafar Khan at 02:22