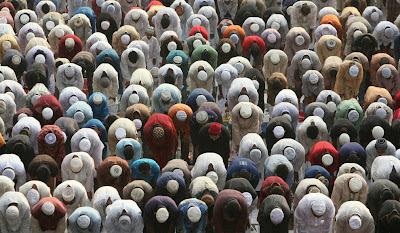 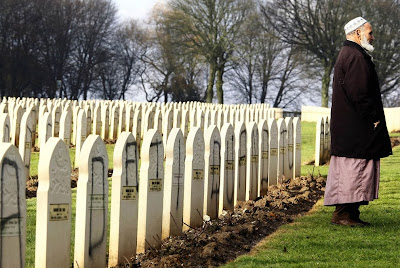 A Member of the French Council for Muslim Communities visits defaced graves of Muslim World War I soldiers at the Notre-Dame-de-Lorette cemetery in Ablain-Saint-Nazaire, northern France, Tuesday, Dec. 9, 2008. Vandals desecrated at least 500 tombs of Muslim soldiers in northern France on Monday. The desecration near the town of Arras appeared timed with the start of Eid al-Adha, the most important holiday in the Muslim calendar. 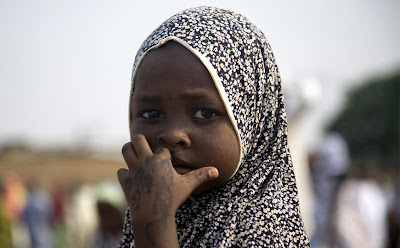 A girl walks home after attending prayers on the first day of the Muslim religious festival of Eid al-Adha at Obanikoro in Lagos, Nigeria on December 8, 2008. 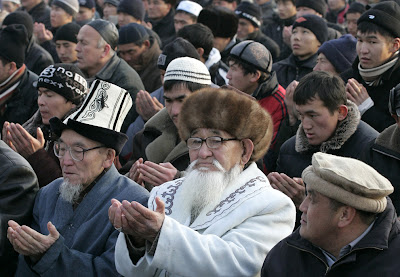 Kyrgyz men pray on the first day of Eid al-Adha, the Muslim feast of sacrifice, in Bishkek, Kyrgyzstan on December 8, 2008. 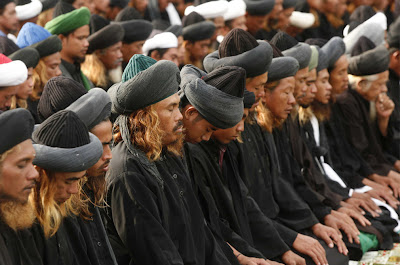 Members of an exclusive Muslim community who call themselves An-Nadsir attend prayer to celebrate Eid al-Adha in a remote area in Gowa district, in Indonesia's South Sulawesi province, December 8, 2008. 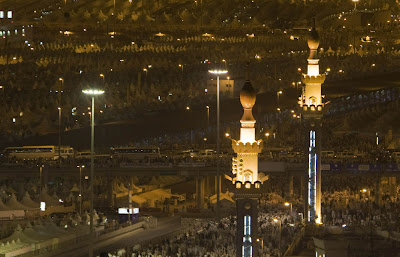 A general view of the tents of Muslim pilgrims in Mina, Saudi Arabia on December 9, 2008, where they will camp for three days and cast stones at pillars symbolising Satan. 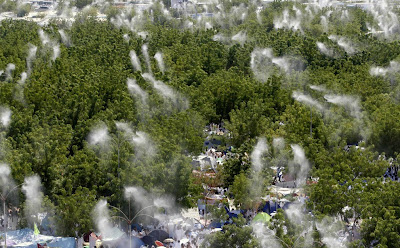 Water is sprayed in cooling mists over Muslim pilgrims as they pray outside Namira mosque in Arafat near Mecca, Saudi Arabia, Sunday, Dec. 7, 2008. 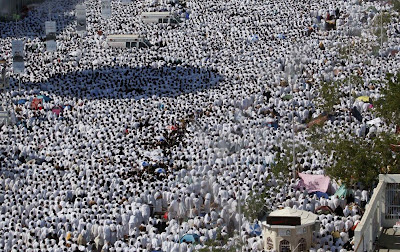 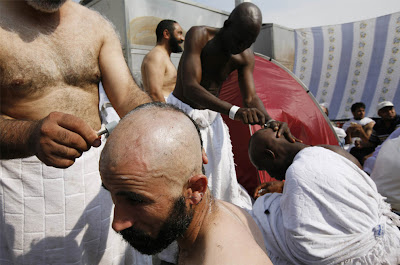 Muslim pilgrims shave their heads after casting stones at a pillar symbolizing Satan in Mina, Saudi Arabia on December 8, 2008. 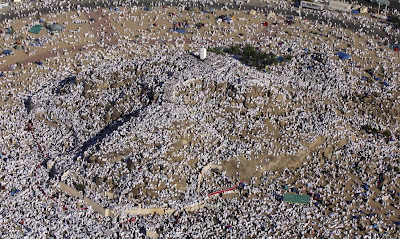 An aerial view of Muslim pilgrims atop Mount Mercy outside Mecca, Saudi Arabia on December 7, 2008. From this hill, the Prophet Muhammad delivered his final sermon nearly 1,400 years ago. 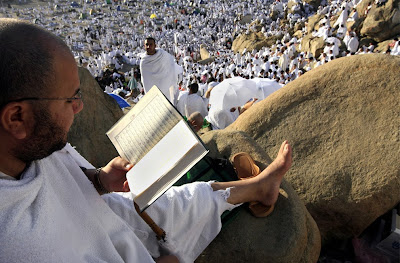 A Muslim pilgrim reads the koran at Mount Arafat, southeast of the Saudi holy city of Mecca, on December 7, 2008. A human tide washed over Mount Arafat today morning as hundreds of thousands of devoted Muslims gathered for the key moment of the annual Hajj pilgrimage to Saudi Arabia. 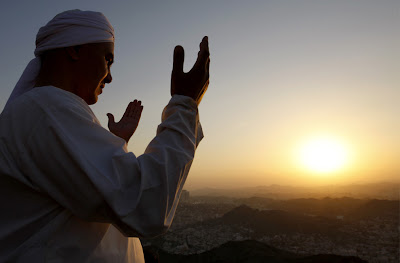 A Muslim pilgrim prays at the top of Mount Noor in Mecca, Saudi Arabia, Friday, Dec. 5, 2008. The pilgrims will visit the Hira cave in Mount Noor where the Prophet Mohammad worshipped before his first revelation.
Posted by Zafar Khan at 09:08