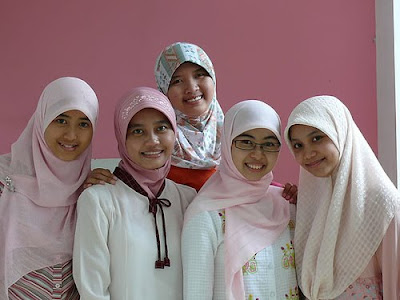 A hijab-clad Indonesian woman was denied the right to conduct civil service for wearing the Islamic headscarf, raising eyebrows in the world’s most populous country.

"I was surprised at the requirement," Siti Aisyah, 34, told The Jakarta Post on Saturday, November 21.

The religion teacher has applied to the Karo education administration in North Sumatra for a civil service job.

But to her surprise, she received a “no” answer, with the administration arguing that the Muslim teacher was rejected over her veiled photos.

"I don't know if there is a different requirement in other regions, but we follow national regulations," Daud Sembiring, a member of the Karo civil service recruitment committee, said.

But the hijab-clad woman ridiculed the argument.

Hijab is a code of dress for Muslim women, not a symbol showing ones affiliation.

The Muslim woman is not disappointed by the rejection.

She only hopes the requirement would be removed to help hijab-clad women apply for the civil service.

"I prefer to keep my aurat safe rather than successfully enter the civil service but have to expose it."

The move drew immediate fire in the Muslim country.

"This is a very discriminative and counterproductive requirement," Chaidir Ritonga, deputy speaker of the North Sumatra provincial legislative council, said.

"Such a requirement must not be used in the selection process."

He said the requirement necessitating women to provide photos without wearing hijab violates the basic principles of freedom for all people.

The lawmaker called for abolishing the requirement to avoid doing injustice to Muslim women.

"How can we ban Muslim women from wearing headscarves?

“It is a religious obligation for them."

Muslims make up some 86.1 percent of Indonesia’s 235 million population, according to the CIA World Fact Book.