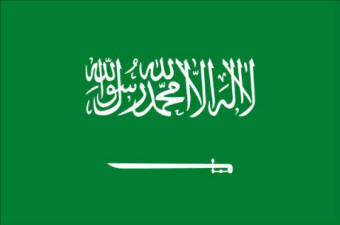 A woman journalist has been sentenced to 60 lashes by a Saudi Arabian court after a man appearing on the television chat show she worked on described his sex life.

Rozanna al-Yami, 22, said she was "too frustrated and upset to appeal the sentence," which was handed down yesterday by a judge in the western city of Jiddah "as a deterrence".

The show, Bold Red Line, caused huge controversy in the ultra-conservative Arab state when it was broadcast in July on the Lebanese Broadcasting Corporation's satellite channel.

It featured a man called Mazen Abdul-Jawad talking openly about his active sex life and displaying sex toys, which were blurred out by the producers.

The Saudi government immediately shut down both LBC's offices in the kingdom and arrested Abdul-Jawad, a divorced father of four who works for the national airline.

Al-Yami said she worked on the series as a co-ordinator but had not been involved with the offending edition. She had understood that the judge had dropped charges against her, which included involvement in the preparation of the program and advertising it on the internet.

Her conviction, she added, seemed to rest on the question of whether LBC was properly licensed to operate in Saudi Arabia.

"I had nothing to do with Mazen Abdul-Jawad's show. The verdict was just because I cooperated with LBC," she said. "I was not aware (that LBC was unlicenced) but in the end this is the verdict and I accept it."

Earlier this month the same court sentenced Abdul-Jawad to five years in jail and 1,000 lashes.

His lawyer, Sulaiman al-Jumeii, alleged his client had been duped by the television station and was unaware he had been recorded.

On hearing of al-Yami's sentence, he asked: "If the judge had dropped the charges, then why did he give her the 60 lashes?"

Three other men who appeared on the show have also been convicted of discussing sex in public. Each was jailed for two years and received 300 lashes.

The Saudi ministry of culture and information yesterday questioned the validity of the court proceedings. Spokesman Abdul-Rahman al-Hazza said al-Yami should have been tried before a court that specialised in media issues and that failing to do so was a violation of Saudi law.

"It is a precedent to try a journalist before a summary court for an issue that concerns the nature of his job," he said. LBC's Western-style entertainment programmes and talk shows have made it a popular channel in Saudi Arabia, and royal billionaire Prince Alwaleed bin Talal is a shareholder.