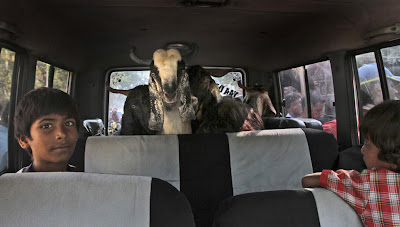 Children look on as they carry a goat in their vehicle on the eve of Eid al-Adha in Mumbai, India, Monday, Dec. 8, 2008. 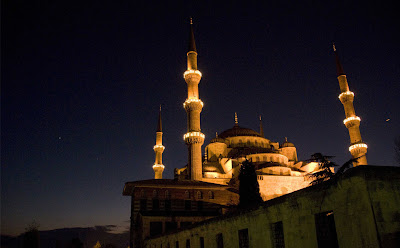 In Istanbul, Turkey, the Blue Mosque is seen at dusk on the first day of Eid al-Adha on December 8, 2008. 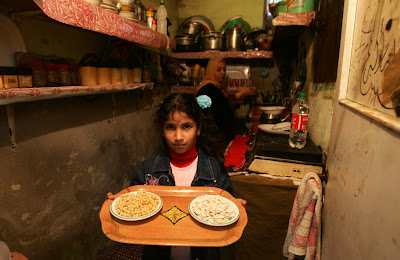 Salwa Al-Masri (back) makes tea for her family as her child helps prepare a humble celebration on the first day of the Muslim holiday of Eid al-Adha on December 08, 2008 in the Rafah Refugee Camp, Gaza Strip. Abed couldn't buy a sheep to slaughter as a part of Eid Al-Adha celebration. Most of the sacrificial animals in Gaza have been smuggled through tunnels between Rafah and Egypt as Israel still blocks their crossings with Gaza Strip. 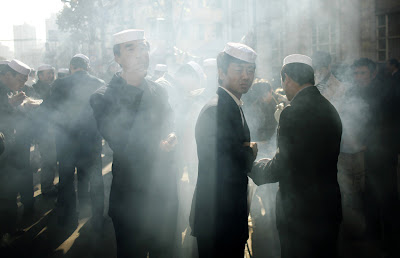 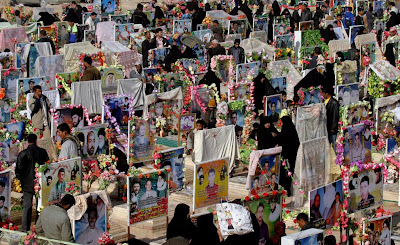 Plastic flowers and posters of the dead adorn hundreds of graves as Shiite Muslims visit the graves of loved ones at the Martyr's cemetery in the southern city of Najaf, some 160 kms from the capital Baghdad as Shiites mark the start of the Eid al-Adha on December 9 2008.
Posted by Zafar Khan at 08:49