When women are sinners in the eyes of extremists 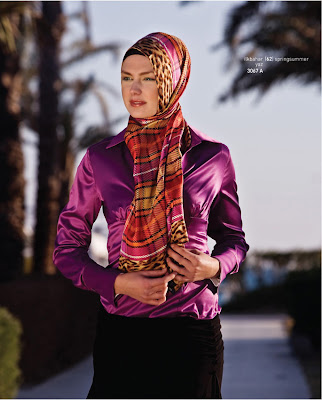 By Alaa Al-Aswany in The Independent:

The Shabaab movement in Somalia controls large parts of the south and centre of the country, and because officials in this movement embrace the Wahabi ideology they have imposed their views on Somalis by force and have issued strict decrees banning films, plays, dancing at weddings, football matches and all forms of music, even the ring tones on mobile phones.

Some days ago these extremists carried out a strange operation: they arrested a Somali woman and whipped her in public because she was wearing a bra. They announced clearly that wearing these bras was unIslamic because it is a form of fraud and deception.

We may well ask what wearing bras has to do with religion, why they would consider them to be a form of fraud and deception, and how they managed to arrest the woman wearing the bra when all Somali women go around with their bodies completely covered. Did they appoint a special female officer to inspect the breasts of women passing by in the street? One Somali woman called Halima told the Reuters news agency: "Al Shabaab forced us to wear their type of veil and now they order us to shake our breasts... They first banned the former veil and introduced a hard fabric which stands stiffly on women's chests. They are now saying that breasts should be firm naturally, or just flat."

In fact this excessive interest in covering up women's bodies is not confined to the extremists in Somalia. In Sudan the police examine women's clothing with extreme vigilance and arrest any woman who is wearing trousers. They force her to make a public apology for what she has done and then they whip her in public as an example to other women.

Some weeks ago the Sudanese journalist Lubna al-Husseini insisted on wearing trousers and refused to make the public apology. When she refused to submit to flogging she was referred to a real trial and the farce reached its climax when the judge summoned three witnesses and asked them if they had been able to detect the shape of the accused's underwear when she was wearing the trousers. When one of the witnesses hesitated in answering, the judge asked him directly: "Did you see Lubna's stomach when she was wearing the trousers?" The witness gravely replied: "To some extent."

Lubna said she was wearing a modest pair of trousers and that the scandalous pair she was accused of wearing would not suit her because she is plump and would need to lose 20 kilos in order to put them on. But the judge convicted her anyway and fined her £500 or a month in prison.

In Egypt too, extremists continue to take an excessive interest in women's bodies and in trying to cover them up entirely. They not only advocate that women wear the niqab but also that they wear gloves on their hands, which they believe will ensure that no passions are aroused when men and women shake hands. We really do face a phenomenon which deserves consideration: why are extremists so obsessed with women's bodies? Some ideas might help us answer this question:

Firstly, the extremist view of women is that they are only bodies and instruments for either legitimate pleasure or temptation, as well as factories for producing children. This view strips women of their human nature. Accusing the Somali woman of fraud and deception because she was wearing a bra is the same charge of commercial fraud which the law holds against a merchant who conceals the defects of his goods and make false claims about their qualities in order to sell them at a higher price.

The idea here is that a woman who accentuates her breasts by using a bra gives a false impression of the goods (her body), which is seen as fraud and deception of the buyer (the man) who might buy (marry) her for her ample breasts and later discover that they were ample because of the bra and not by nature. It would be fair to remember that treating women's bodies as commodities is not something found only in extremist ideologies but often happens in Western societies too.

The use of women's naked bodies to market commercial products in the West is merely another application of the idea that women are commodities. Anyone who visits the redlight district in Amsterdam can see for himself how wretched prostitutes, completely naked, are lined up behind glass windows so that passers-by can inspect their charms before agreeing on the price. Isn't that a modern-day slave market, where women's bodies are on sale to anyone willing to pay?

Secondly, the extremists believe women to be the source of temptation and the prime cause of sin. This view, which is prevalent in all primitive societies, is unfair and inhuman, because men and women commit sin together and the responsibility is shared and equal. If a beautiful woman arouses and tempts men, then a handsome man also arouses and tempts women. But the extremist ideology is naturally biased in favour of the man and hostile to the woman, and considers that she alone is primarily responsible for all sins.

Thirdly, being strict about covering up women's bodies is an easy and effortless form of religious struggle. In Egypt we see dozens of Wahabi sheikhs who enthusiastically advocate covering up women's bodies but do not utter a single word against despotism, corruption, fraudulence or torture because they know very well that serious opposition to the despotic regime (which should really be their first duty) would inevitably lead to their arrest, torture and the destruction of their lives. Their strictness on things related to women's bodies enables them to operate as evangelists without any real costs.

Throughout human history, strictness towards women has usually been a way to conceal political abuses and real crimes. Somalia is a wretched country in the grip of famine and chaos but officials there are distracted from that by inspecting bras. The Sudanese regime is implicated in crimes of murder, torture and raping thousands of innocents in Darfur but that does not stop the regime from putting on trial a woman who insisted on wearing trousers. It is women rather than men who always pay the price for despotism, corruption and religious hypocrisy.

Fourthly, the extremist ideology assumes that humans are a group of wild beasts that are completely incapable of controlling their instincts, that it is enough for a man to see a bare piece of female flesh for him to pounce on her and have intercourse. This assumption is incorrect, because humans, unlike animals, always have the power to control their instincts by will power and ethics.

An ordinary man, if he is sane, cannot have his instincts aroused by his mother, sister, daughter or even the wife of a friend, because his sense of honour and morality transcends his desires and neutralises their effect. So virtue will never come about though bans, repression and pursuing women in the street, but rather through giving children a good upbringing, propagating morality and refining character.

Societies which impose segregation between men and women (as in Afghanistan and Saudi Arabia), according to official statistics, do not have lower rates of sexual crimes than other societies. The rates there may even be higher. We favour and advocate modesty for women but firstly we advocate a humane view of women, a view that respects their abilities, their wishes and their thinking.

What is really saddening is that the Wahabi extremism which is spreading throughout the world with oil money and which gives Muslims a bad image is as far as can be from the real teachings of Islam. Anyone who reads the history of Islam fairly has to be impressed by the high status it accords to women, because from the time of the Prophet Muhammad until the fall of Andalusia, Muslim women mixed with men, were educated, worked and traded, fought and had financial responsibilities separately from their fathers or husbands. They had the right to choose the husband they loved and the right to divorce if they wanted. Western civilisation gave women these rights many centuries after Islam.

Finally, let me say that religious extremism is the other face of political despotism. We cannot get rid of the extremism before we end the despotism.

Democracy is the solution.