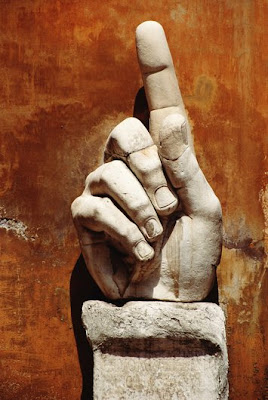 My name is Gabriel Eckerson. I am American and I've always enjoyed doing things the way I think is right, even when the main stream of like-minded, same faith individuals practice otherwise.

A shorter way to say that is: I like to do things the way I want, even if most other people in the same category of belief do those things in a different way. Humph. That wasn't a shorter version at all. I know you get the point now though.

A couple years ago, as a Christian, I decided not to pray or sing to Jesus anymore. I was still a Christian. But whenever a song at church was directed to praising or worshiping Jesus, my mouth was closed. Isn't this anti-Christian? No. It is pro-Christian!

Worshiping God, our Father, alone, was Jesus' directive. He led us to worship the Father. Never did he direct praise upon himself nor instruct anyone to pray to him. This is how I came to the conclusion to only worship the Father.

All my personal curiosities were satisfied by looking only in the Bible at this point. But as you can imagine, my view of Jesus' role was already drastically different than most Christians by only coming to those two points so far.

Here is the part where people seem to doubt the genuineness of my conversion. I had worked with Shannen before we got married. Once she started wearing hijab (the head covering most Muslim women wear), I got curious because I knew it had to have been a hardship for her to do so in a leadership role in the IT field where most co-workers are men. I thought she must have been serious.

I started asking questions. We talked about Islam and Christianity for a period of time. Eventually, I ordered a copy of the Quran from an online bookstore to read.

I wanted to know more about this religion. I also thought, "How much faith do I have in my beliefs if I'm afraid to read about someone else's beliefs?"

In reading the Quran, I found the same message of the Old Testament and of Jesus. The simplest way to put it is: There is no god but the One God; you need to worship Him. I kept thinking: "Hear, O Israel, the Lord your God, the Lord is One." (Mark 12:29)

I began to think: "Why would God stick to this simple principle and then later introduce a theology of a trinity that reduces His glory (since it becomes shared)? It doesn't make sense, and conforms to pagan theories."

Islam does not count Paul as a prophet of God. This means that although he, very likely, wrote some inspired things, he did not have the authority to change any doctrines. This was hard for me to do with, but if you take Paul's concepts out, the New Testament makes more sense with the Old.

It makes more sense that God is the same God and is calling the same people.

Islam was needed to bring "the people of the Book" back to the original doctrine of God and away from the pagan contaminated ideologies of multiple gods in one or multiple-gods period.

For example, when you think of the Christmas tree, why does it exist as a Christian practice?

After I was two-thirds through the Quran, I read a book on the origination of the trinity doctrine. Now, I already knew some of the details as to how it became accepted into the formal church. But reading this book made it silly.

That is my story. I hope very much that my words are not too upsetting. You know I was a strong Christian. Converting was wrenching. Now, I am a submissive follower (Muslim) of the one and only God, Who has no partners and no equal.

Email ThisBlogThis!Share to TwitterShare to FacebookShare to Pinterest
Labels: Converts