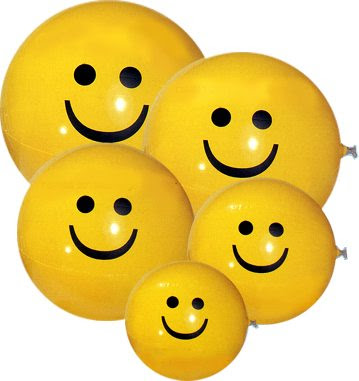 Yesterday I was greeted with a cheerful 'salaam' and beaming smile at the gates of my son's nursery. Not a major event but one which took me by surprise, such surprise that it took me a good thirty seconds to reply! In fact this smile and greeting really uplifted my mood but it also saddened me that it was such an infrequent occurance. I wondered why I did not initiate a smile and greeting more often to fellow parents, or anyone I passed by really.

This may be considered by many to be a small and insignificant act however Hadhrat Abu Dharr (Radhiallaahu Anhu) narrates that the Prophet (peace be upon him) said, ‘Do not regard any act of virtue to be insignificant even if it is meeting your brother with a smiling face.’ (Mishkaat pg.167; Qadeemi)

Indeed when asked about the nature of charity that we should give he said:
"Charity is prescribed for each descendant of Adam every day the sun rises." He was then asked: "From what do we give charity every day?" The Prophet answered: "The doors of goodness are many...enjoining good, forbidding evil, removing harm from the road, listening to the deaf, leading the blind, guiding one to the object of his need, hurrying with the strength of one's legs to one in sorrow who is asking for help, and supporting the feeble with the strength of one's arms--all of these are charity prescribed for you." He also said: "Your smile for your brother is charity." - Fiqh-us-Sunnah, Volume 3, Number 98

Abdullah ibn al Harith tells us about the Prophet (peace be upon him) saying that he had never seen someone smile at the other’s face as the Prophet Muhammad (peace be upon him) used to do. Indeed smiling is a form of 'sadaqah' and entails much reward. It is the very essence of charity to spread good will and uplift the heart. In my unfortunate experience too many brothers and sisters walk around with stern and sullen faces, ignoring each other perhaps because they feel it is somehow immodest to even smile at their fellow Muslims or they do not feel the need to smile or greet non-Muslims. But is this not a vehicle for dawah, to smile, greet, communicate our happiness in our faith? Is it not conducive to non-Muslims forming a positive opinion of us? Cheerful faces and greetings certainly contribute to this.

The Prophet Muhammad (peace be upon him) also said: “Do not abuse anyone…Do not look down upon any good work, and when you speak to your brother, show him a cheerful face.” - Sunan of Abu-Dawood, Hadith 1889

Such beautiful sentiments have been imparted to us which can only stregthen the bond of sister/brotherhood and with such little effort. But too many are reluctant to make this effort too many of us frown but remember Allah (swt) rebuke for frowning:

"He (Muhammad) frowned and turned away, when the blind man came to him. How do you know; he may be saved? Or, he may heed the message and benefit from such heeding. As for the rich man, you (Muhammad) gave him your attention. Even though you cannot guarantee his salvation. But the one who came to you seeking salvation, and sincerely reverent, you disregarded him. Indeed, THIS IS A REMINDER, for those who choose to remember." (80:1-12)

So remember brothers and sisters I know you are happy to be Muslim, then why not demonstrate this to all those passers-by and to your fellow Muslims: share that beaming smile with everyone, you have nothing to lose only rewards to gain.
Posted by Zafar Khan at 10:38