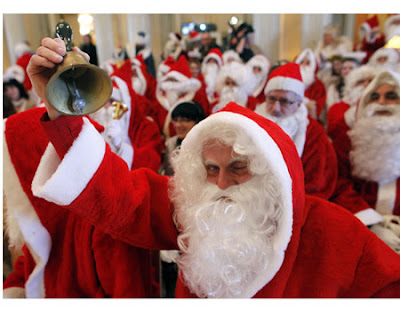 The "Lobby for Jewish values" this week began operating against restaurants and hotels that plan to put up Christmas trees and other Christian symbols ahead of Christmas and the civil New Year.

According to the lobby's Chairman, Ofer Cohen, they have received backing by the rabbis, "and we are even considering publishing the names of the businesses that put up Christian symbols ahead of the Christian holiday and call for a boycott against them."

Fliers and ads distributed among the public read, "The people of Israel have given their soul over the years in order to maintain the values of the Torah of Israel and the Jewish identity.

"You should also continue to follow this path of the Jewish people's tradition and not give in to the clownish atmosphere of the end of the civil year. And certainly not help those businesses that sell or put up the foolish symbols of Christianity."

The Jerusalem Rabbinate also works each year to ensure restaurants and hotels receiving kosher certification from the Jerusalem Religious Council do not put up Christian symbols.

It should be noted that most of the hotels in Jerusalem and a significant part of the restaurants in the capital receive permanent kosher certification from the city's religious council.

According to a senior official in the kashrut department, this is done each year consensually, but that businesses which do not meet this requirement may find their kashrut certificate revoked.
Posted by Zafar Khan at 08:37