How Europeans butchered innocents throughout history 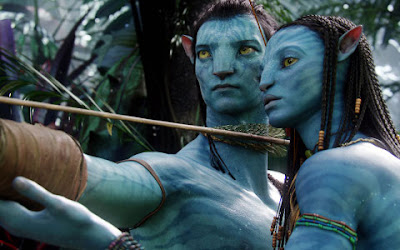 Interesting article from The Guardian:

Europe was massively enriched by the genocides in the Americas; the American nations were founded on them. This is a history we cannot accept.

In his book American Holocaust, the US scholarDavid Stannard documents the greatest acts of genocide the world has ever experienced. In 1492, some 100 million native people lived in the Americas. By the end of the 19th century almost all of them had been exterminated. Many died as a result of disease, but the mass extinction was also engineered.

When the Spanish arrived in the Americas, they described a world which could scarcely have been more different to their own. Europe was ravaged by war, oppression, slavery, fanaticism, disease and starvation. The populations they encountered were healthy, well-nourished and mostly (with exceptions like the Aztecs and Incas) peaceable, democratic and egalitarian. Throughout the Americas the earliest explorers, including Columbus, remarked on the natives' extraordinary hospitality. The conquistadores marvelled at the amazing roads, canals, buildings and art they found, which in some cases outstripped anything they had seen at home. None of this stopped them destroying everything and everyone they encountered.

The butchery began with Columbus. He slaughtered the native people of Hispaniola (now Haiti and the Dominican Republic) by unimaginably brutal means. His soldiers tore babies from their mothers and dashed their heads against rocks. They fed their dogs on living children. On one occasion they hung 13 Indians in honour of Christ and the 12 disciples, on a gibbet just low enough for their toes to touch the ground, then disembowelled them and burnt them alive. Columbus ordered all the native people to deliver a certain amount of gold every three months; anyone who failed had his hands cut off. By 1535 the native population of Hispaniola had fallen from eight million to zero: partly as a result of disease, partly due to murder, overwork and starvation.

The conquistadores spread this civilising mission across central and south America. When they failed to reveal where their mythical treasures were hidden, the indigenous people were flogged, hanged, drowned, dismembered, ripped apart by dogs, buried alive or burnt. The soldiers cut off women's breasts, sent people back to their villages with their severed hands and noses hung round their necks and hunted them with dogs for sport. But most were killed by enslavement and disease. The Spanish discovered that it was cheaper to work the native Americans to death and replace them than to keep them alive: the life expectancy in their mines and plantations was three to four months. Within a century of their arrival, about 95% of the population of South and Central America were dead.

In California during the 18th century the Spanish systematised this extermination. A Franciscan missionary called Junípero Serra set up a series of "missions": in reality concentration camps using slave labour. The native people were herded in under force of arms and made to work in the fields on one fifth of the calories fed to African American slaves in the 19th century. They died from overwork, starvation and disease at astonishing rates, and were continually replaced, wiping out the indigenous populations. Junípero Serra, the Eichmann of California, was beatified by the Vatican in 1988. He now requires one more miracle to be pronounced a saint.

While the Spanish were mostly driven by the lust for gold, the British who colonised North America wanted land. In New England they surrounded the villages of the native Americans and murdered them as they slept. As genocide spread westwards, it was endorsed at the highest levels. George Washington ordered the total destruction of the homes and land of the Iroquois. Thomas Jefferson declared that his nation's wars with the Indians should be pursued until each tribe "is exterminated or is driven beyond the Mississippi". During the Sand Creek massacre of 1864, troops in Colorado slaughtered unarmed people gathered under a flag of peace, killing children and babies, mutilating all the corpses and keeping their victims' genitals to use as tobacco pouches or to wear on their hats. Theodore Roosevelt called this event "as rightful and beneficial a deed as ever took place on the frontier".

The butchery hasn't yet ended: last month the Guardian reported that ­Brazilian ranchers in the western Amazon, having slaughtered all the rest, tried to kill the last surviving member of a forest tribe. Yet the greatest acts of genocide in history scarcely ruffle our collective conscience. Perhaps this is what would have happened had the Nazis won the second world war: the Holocaust would have been denied, excused or minimised in the same way, even as it continued. The people of the nations responsible – Spain, Britain, the US and others – will tolerate no comparisons, but the final solutions pursued in the Americas were far more successful. Those who commissioned or endorsed them remain national or religious heroes. Those who seek to prompt our memories are ignored or condemned.

This is why the right hates Avatar. In the neocon Weekly Standard, John Podhoretz complains that the film resembles a "revisionist western" in which "the Indians became the good guys and the Americans the bad guys". He says it asks the audience "to root for the defeat of American soldiers at the hands of an insurgency". Insurgency is an interesting word for an attempt to resist invasion: insurgent, like savage, is what you call someone who has something you want. L'Osservatore Romano, the official newspaper of the Vatican, condemned the film as "just an anti-imperialistic, anti-militaristic parable".

But at least the right knows what it is attacking. In the New York Times the liberal critic Adam Cohen praises Avatar for championing the need to see clearly. It reveals, he says, "a well-known principle of totalitarianism and genocide – that it is easiest to oppress those we cannot see". But in a marvellous unconscious irony, he bypasses the crashingly obvious metaphor and talks instead about the light it casts on Nazi and Soviet atrocities. We have all become skilled in the art of not seeing.

I agree with its rightwing critics that Avatar is crass, mawkish and cliched. But it speaks of a truth more important – and more dangerous – than those contained in a thousand arthouse movies.