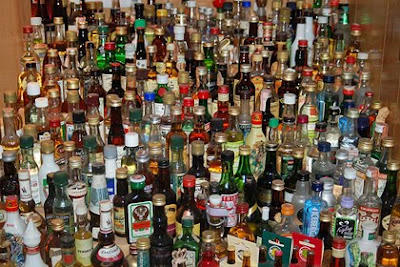 We have blogged about Alcohol problems in the past, now UK MPs are urging that Alcohol abuse should be stopped.

Clamping down on alcohol use in the European country, British lawmakers are calling for a fundamental overhaul of government policies to fight alcohol misuses.

“Even small reductions in the number of people misusing alcohol could save the NHS millions.”

A report issued by the Committee called for slapping stricter regulations on alcohol advertising.

It suggested a ban on alcohol advertising before 9pm on television, on billboards or posters near schools and on social networking websites.

“What is required is fundamental culture change,” MP Barron said.

The report also suggested a minimum price of 50p per unit of alcohol, saying it would save 3,000 deaths a year.

“Increasing the price of alcohol is the most powerful tool at the disposal of a government,” the report said.

“The key argument made by the drinks industry and others opposed to a rise in price is that it would be unfair on moderate drinkers.

“We do not think this is a serious argument.”

The call drew welcome from the Scottish government.

“The critics have claimed that minimum pricing punishes moderate drinkers; that it won't work; and that it's illegal,” Scottish health secretary Nicola Sturgeon said.

“These claims just don't stack up and the select committee has comprehensively rubbished them.”

According to surveys, a quarter of people in England aged 16 and over is classified as hazardous drinkers.

Alcohol abuses is also causing up to 40,000 killings in England and Wales and £55bn costs of economy every year.

Alcohol is banned under Islam.

The general rule in Islam is that any beverage that get people intoxicated when taken is unlawful, both in small and large quantities, whether it is alcohol, drugs, fermented raisin drink or something else.

The parliamentary report accused the British government of siding with alcohol industry.

But the politicians and experts opened fire at the government for its opposition to the proposed minimum pricing policy.

“This is a damning indictment of the way successive governments have tackled alcohol health harm, with action ranging from the non-existent to the ineffectual,” Alison Rogers, chief executive of the British Liver Trust, said.

“If they don't act on these recommendations now, they'll lose all credibility in their stated attempts to change British drinking culture.”