Indian Muslims take on Hindu names to get jobs 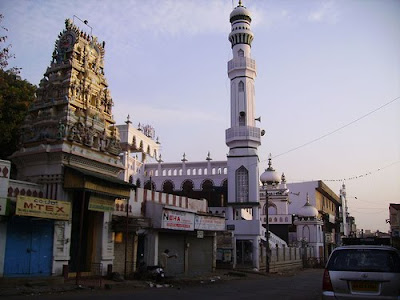 All Mehboob Pathan (50) of Valak village on Surat’s outskirts wanted was a job in the city. Having a Muslim name, he felt, came in the way. So, to get himself a job in Surat’s diamond units, he passed himself off as Jayenti Bhatti, and managed to find work in two separate units in the Kapodara area.

Early this week, his “cover” was blown, after he was brutally killed over a monetary dispute. As the distraught family stepped forward to admit that Jayenti Bhatti was indeed Mehboob Pathan, they worried that having been cremated as a Hindu, the practising Muslim’s soul may not find peace.

In the ledgers of Surat’s diamond units, there are many leading a double life like Pathan. His son Mushtaq is registered as Mukesh and daughter Samina as Sharmila, and both are afraid of losing their jobs if the fact was known.

One of them, Allarakha Khan, admits to having passed himself off as a Hindu like many others from his village. “We would not get a job if we are known to be Muslims. We have been doing this for a long time, and we take great care not to reveal our real names or addresses at work,” he told The Indian Express.

Rohit Mehta, president of the Surat Diamond Association, however, denied knowledge of Muslims passing themselves off as Hindus for jobs. “We will inquire into this,” he said.

Pathan’s story came to be known after his body was found in a farm at Antroli last Monday, with the head smashed in. The police registered a case and kept the unclaimed body in the Palsana Primary Health Centre mortuary till Thursday. Then they arranged to give Pathan alias Bhatti a Hindu funeral, with all the rites.

His family, who had been looking for Pathan, had filed a missing complaint. Then, seeing news stories in local newspapers about an unclaimed body, Mehboob’s brother-in-law Iqbal Pathan decided to check. By that time, Pathan had been cremated, but the brother-in-law identified him from a photo of the body.

The family says Pathan was a pious Muslim and the change of name was just so that he and his children could find and keep a job. “We are too poor to do anything, but how could the police dispose of his body the Hindu way?” asks son Mushtaq. “A genital examination would have shown he was a Muslim.” Sub-Inspector of Kadodara police V R Malhotra said they had kept the body in mortuary hoping someone would turn up. “We disposed it of according to Hindu rites not knowing he was a Muslim. The family turned up too late and we are now helpless.”

Kapodara police inspector S J Tirmizi, probing the murder, confirmed Pathan had passed himself off as Bhatti for work. Manoj Rokad, who is the manager of the Varachha unit in which Pathan’s daughter Samina works as a diamond polisher, has reportedly confessed to the murder. According to the police, Rokad had become a family friend of the Pathans and knew their real identities. Two years ago, Pathan had reportedly loaned Rokad Rs 60,000 for an emergency, which he never returned. Pathan used to call Rokad repeatedly asking him to return the same, and the latter reportedly asked Pathan to meet him on December 20. They went to Antroli village, where Rokad allegedly killed Pathan with the help of two other diamond polishers, who have been identified as Chhanya Rathod and Sanjay. While Rokad has been held, and has reportedly admitted to beating Pathan to death, Rathod and Sanjay are on the run.

Last year we blogged about Hindus trying to create Muslim free zones in India which could be read here.
Posted by Zafar Khan at 10:41