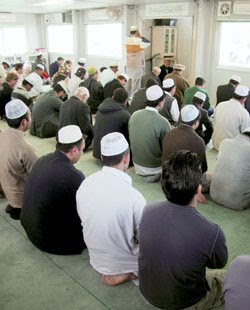 A few days ago, I was visited by a non-Muslim who was keen to know about Islam. I was impressed by the amount of knowledge and understanding she had.

The way she understood how things go and her agreement that the media was causing a lot of damage was very encouraging. Yet, the many questions she had and the many problematic issues she raised were not less than the amount of knowledge she had.

For more than two hours, we discussed issues, many of which were relating to occasions in the life of the Prophet (peace be upon him) narrated mainly in the Sunnah (tradition).

This raised in my mind a question I had been thinking about for quite a long time; is the Sunnah causing problems in our life or are we causing the problem by failing to understand the Sunnah within the context of the events and its relevance or irrelevance to our present time?

As it is part of my faith to always look with objectivity at things, I started looking into many texts which presumably cause problems to see where the controversy comes from.

To walk the talk, let's take an example. The other day I was waiting at one of the mosque's receptions until my wife finished her own business. As it was my day off and I was spending the time with my family, I was wearing a sports outfit.

One of the brothers who have known me for long approached me with a big exclamation mark, or blame, on his face. He asked why I was wearing this outfit, while, as he claims or understands, I was supposed to wear "Islamic attire".

I smiled. "What Islamic dress you are talking about, brother?" I enquired. And because I knew his answer even before he uttered it, I gave him the space to voice all his complaints against my "westernised" dress.

The brother continued explaining to me that the Prophet told us we should not be wearing clothes that are similar to those of non-Muslims. We, faithful as we are, should be following his example and, according to the brother, it is a sunnah (recommended action) to wear a turban and long garment.

He started quoting hadiths (sayings and traditions of the Prophet) all describing the Prophet entering Makkah with a turban on his head. He also referred to many other occasions when the Prophet wiped over the front of his turban in ablution and many other situations of a similar nature.

Gently, I said to the brother, "Do you trust my knowledge?" As he replied in the affirmative, I explained to him how extensive the research I did regarding this specific issue of the turban was.

I explained that I had discovered at the end that all hadiths narrated as regards to the issue were either weak or non-indicative of any recommendation, let alone obligation, to wearing it.

Going further in my discussion, I had to refer to the main characteristics of Islam as a religion again, stressing the fact that its being a universal religion means that it has to carry the factors that make it so.

In other words, issues like clothing, eating, and similar things should not be explained under any one environment-related condition. Rather, they should be flexible enough to be understood according to any society and its norms.

This is what is known in Islamic Shariah asurf(custom or tradition of society), which is considered as a legitimate source of legislation.

Islam has placed general guidelines as to what constitutes decent clothes and what should be covered in what situations. Yet, the details of this can be decided according to the situation and the society.

Therefore, I would find it very comforting and religiously suitable if I am wearing a suit and tie when I am lecturing at the University of London in my capacity as an imam, rather than wearing a long cloak and some head cover that makes me alien to the place as well as the audience.

One of the biggest challenges that Muslims need to overcome to solve the problem between the Sunnah and the present society is their understanding and view of the traditional explanation of the texts.

It seems that considerable amount of Muslims born and raised in the West are looking with the eye of admiration at the classical Islamic heritage and the explanation of early and medieval scholars; which I personally share with them.

Yet, taking this admiration further beyond the boundaries of admiration is quite problematic. In Islam, nothing is taken as being beyond criticism except the Quran and the authentic sayings of the Prophet (peace be upon him).

This means that whosoever's explanations, commentaries, or whatever, are not divine. They can be respected and deserve so because they are Pious and scholarly as their authors may be, they are still seen within the boundaries of human efforts and therefore subjective criticism can be directed at them. They cannot be taken as absolute or unchallengeable.

The real problem does not occur when we read what Prophet Muhammad said and start to apply it.

Rather, it happens when we start to apply what we have understood from the sayings of Prophet Muhammad in our own way and with our limited knowledge and later on give it a status that is normally due to the text itself, and not the interpretation.

It has always been a problem when people add their personal views or interpretations without indicating that they do not belong to the original text. When they fail to draw the line between what is unchallengeable and what is not, problems occur.

This is because in Islam, what is divine is always perfect, and what is human is endowed with imperfection.

By Ahmad Saad, Currently the Imam of North London Central Mosque (formerly known as Finsbury Park Mosque).He studied Religious Pluralism at the University of California, Santa Barbara in 2005. He is also a member of the American Academy of Religion. He is the former imam of the Muslim Community of Calgary, Alberta, Canada. He holds a BA in Islamic Studies (English) from Al-Azhar University. He is currently working on his MA thesis on the Sunni-Shi`ah dialogue. He holds Ijazahs in Qur'an and Hadith and Islamic texts from scholars in Egypt, Jordan and UK.