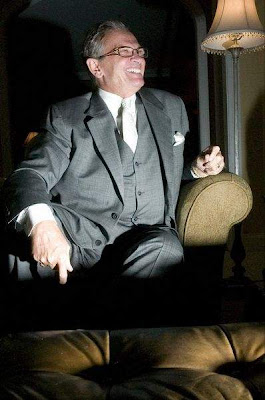 After surviving a terrorist attack in Mumbai, India, 10 months ago, when armed men targeted westerners in two five-star hotels, Greenville resident Dennis O'Brien did not turn to hate.

Instead, he sought to understand the root faith the people behind the attacks claimed to practice and discovered it had been twisted by the gunmen.

Eventually, he came to embrace it.

On Sunday, standing before a crowd of thousands, following prayers to mark the end of Ramadan, O'Brien, a Catholic, embraced Islam in a testimony of faith called Shahada, where he publically declared that there was only one God and the Prophet Muhammad is his last messenger and servant.

O'Brien, who heads up the education committee of St. Anthony's Catholic Church in Wilmington, said the move was a surprise, even to him.

But said he was at peace with it.

After several months of studies and asking questions of Muslim friends and associates, "I feel comfort in Islam," he said.

O'Brien said he wanted to express solidarity with Muslims, even though extremists who say they practice the faith "tried to kill me."

Pastor John F. McGinley, of St. Anthony's, said Sunday he had not heard of O'Brien's embrace of Islam.

McGinley said he knows O'Brien is inquisitive and has expressed concern about the young men involved in the Mumbai attacks.

He would not say if the declaration of another faith would affect O'Brien's position at the church, noting he had not spoken to him about Sunday's events.

"I think this is part of his journey of faith and we can work with that," McGinley said.

Indeed, while others called it a conversion, O'Brien said he is not abandoning Christianity or Catholicism. He said he would not disgrace his family by disavowing what he was raised to believe and what they believe in.

He said he sees Sunday's declaration as a continuation or extension of his beliefs, noting how elements of Christianity and Judaism are a part of the Islamic faith.

He said he hopes to continue his work with the Catholic Church, even as he plans to regularly attend weekly Muslim prayers.
Posted by Zafar Khan at 20:51