Dont Be Sad: Faith is life itself 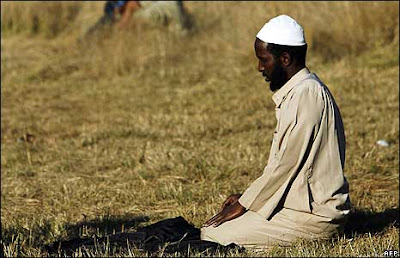 Those that are wretched, in the full sense of the word, are those that are bereft of the treasures of faith. They are always in a state of misery and anger.

{But whosoever turns away from My Reminder [i.e. neither believes in this Qur’an nor acts on its orders, etc.] verily for him is a life of hardship...} (Qur’an 20: 124)

The only means of purifying the heart and of removing anxieties and worries from it is to have complete faith in Allah, Lord of all that exists. In fact, there can be no true meaning to life when one has no faith.

The best course of action that a confirmed atheist can take, if he will not believe, is to take his own life. At least by doing so, he will free himself from the darkness and wretchedness in which he lives. How base and mean is a life without faith! How eternally accursed is the existence enveloping those who are outside of the boundaries set down by Allah!

{And We shall turn their hearts and their eyes away [from guidance], as they refused to believe therein for the first time, and We shall leave them in their trespass to wander blindly.}

Has not the time come when the world should have an unquestioning faith — that none has the right to be worshipped except Allah? After centuries of experience, should not mankind be led to the realization that having faith in a statue is ludicrous, that atheism is absurd, that the Prophets were truthful, and that to Allah alone belongs the dominion of the heavens and earth? All praise is due to Allah and He is upon all things capable.

In proportion to the level of your faith — strong or weak, firm or wavering — will you be happy and at peace.

{Whoever works righteousness, whether male or female, while he is a true believer; verily, to him We will give a good life [in this world with respect, contentment, and lawful provision]. And We shall pay them certainly a reward in proportion to the best of what they used to do [i.e. Paradise in the Hereafter].} (Qur’an 16: 97)

The ‘good life’ that is mentioned in this verse refers to having a firm faith in the promise of our Lord and a steady heart that loves Him. People who lead this ‘good life’ will also have calm nerves when afflicted with hardship; they will be satisfied with everything that befalls them, because it was written for them, and because they are pleased with Allah as their Lord, with Islam as their Religion, and with Muhammad as their Prophet and Messenger.