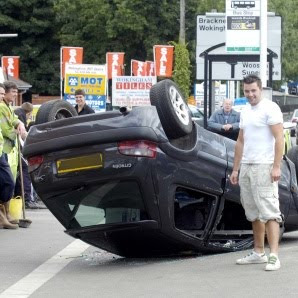 {No calamity befalls on the earth or in yourselves but is inscribed in the Book of Decrees — before We bring it into existence.} (Qur’an 57: 22)
The pen has dried, the pages have been lifted: all events that shall come to pass have already been written.

{Nothing shall ever happen to us except what Allah has ordained for us.} (Qur’an 9:51)

“Whoever Allah wishes good for, He inflicts him (with hardship).”

For this reason, do not feel overly troubled if you are afflicted with sickness, the death of a son, or a loss in wealth. Allah has decreed these matters to occur and the decisions are His, and His alone. When we truly have this faith, we shall be rewarded well and our sins shall be atoned for.

For those that are afflicted with disaster, glad tidings await them: so remain patient and happy with your Lord.

You will never completely feel at ease until you firmly believe that Allah has already pre-ordained all matters. The pen has dried and with it has been written everything that will happen to you. Therefore do not feel remorse over that which is not in your hands. Do not think that you could have prevented the fence from falling, the water from flowing, the wind from blowing, or the glass from breaking. You could not have prevented these things, whether you wanted to or not. All that has been preordained shall come to pass.

Surrender yourself: believe in preordainment, before pangs of anger and regret overwhelm you. If you have done all that was in your power, and afterwards what you had been striving against still takes place, have firm faith that it was meant to be. Do not say, ‘Had I done such-and-such, such-and-such would have happened’; rather say, ‘This is the decree of Allah, and what He wishes, He does.’