Discrimination: A fact of working life for headscarved women 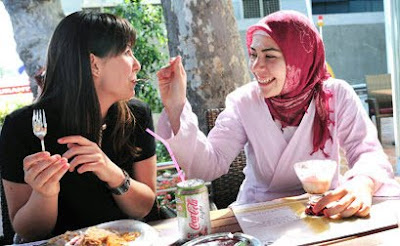 Ill-intentioned employers looking to hire cheap, exploitable workers who have little legal support available to them need not look beyond Turkey's borders to find employees, as the domestic employment conditions for women who wear the headscarf can make them among the most desperate of job seekers.

While the troubles faced by women who choose to wear headscarf at universities and government workplaces are often subject to public attention, fewer people are aware of the problems they encounter in the private sector, even at firms that ostensibly possess Islamic tendencies. The European Union has expressed concerns over the compromising of gender equality in Turkey via employment discrimination against women who wear headscarves, noting that the Turkish government has not done enough to research the extent of this discrimination.

For some, though, the prejudice is all too apparent. Last week, Sunday's Zaman spoke with women who say they have fallen victim to employment discrimination despite their qualifications and experience because they wear the headscarf. They tell stories of adverse working conditions, long hours, little pay and unequal treatment -- all based on the scarf.

“First and foremost, employers know that you can't work for the state; you can't work for most major, big companies. They know this and because they know this, if they're willing to hire you they will work you as hard as they are able,” says Seçil Yılmaz, an İstanbul psychologist who wears a headscarf. “This makes women who wear headscarves and enter or attempt to enter the workforce an easy target. They are put under immense pressure in multiple ways: the normal pressures of trying to make ends meet, the pressure of the job search with a clear disadvantage and the pressure of being treated as a charity case at a workplace instead of a full-fledged employee.”

According to Yılmaz, who runs a private practice, discrimination against women who wear headscarves does not stop with hiring practices. Once successfully finding employment in the private sector, these Muslim women must often make a number of concessions to keep their jobs or else face unemployment, “along with which come the troubles of economic dependence and limited horizons,” she says.

“To begin with, the careers they can enter are limited. You want to be a janitor or work in food preparation? That's fine; you can wear a headscarf and sweep floors in the finest, most secular institutions. Want to work in marketing at an Islamic business? ‘Stop right there,' they'll tell you,” Yılmaz says.

Yılmaz notes that women who wear headscarves and are employed can often be isolated at their workplaces, made to work in places where they will not come into contact with the public as company representatives.

At 25 years of age and with a degree in public relations and three years' experience in marketing, Emine C. has worked in a basement at a printer for the past six months. “The woman who works upstairs in reception has no experience and is a high school graduate. Since she is physically what this company wants as its representation, she is the one who deals with company visitors, incoming customers and explaining our product line. I was the one who created our promotional materials and our marketing approach. She goes to meetings at other firms while I work downstairs near the printing presses where nobody can see me, even though I'm a marketing sub-director; I can only interact with our clientele via telephone. I've complained to my boss about this, and he admits that I'm more skilled than she. But he just says, ‘I'm sorry; we don't want anybody to get the wrong idea about what kind of company we are.' What can I do? I need to make a living,” she says.

In addition, women complain about working extra-long hours under unsatisfactory conditions. “People can take three 10-minute smoke breaks a day at offices, but women who wear headscarves are not allowed to take one or two five-minute breaks to pray. They are forced to deduct this time from the normal tea and lunch breaks,” Yılmaz said. “A number of patients have come to me complaining over the stress and depression that this creates. These women want to work and make a living; they don't want to remain dependent on their fathers, brothers or husbands. They are also not willing to compromise their beliefs and faith, and so they are at the mercy of these employers, who act as if they are doing these women a favor by employing them when what they are really doing is exploitation.”

Perhaps surprisingly, the first firms to discriminate against women who wear headscarves are sometimes those which purportedly have Islamic sentiments. Büşra Ö., 26, explains that she found a job working at the office of a publication known for its conservative Islamic outlook last year after an exhausting and fruitless job hunt at other private sector companies. “After being turned away time and time again because of the headscarf, it was a relief to finally have a stable income, even if it was less than I could earn at other companies if I did not cover,” Büşra said. However, she was soon to learn that it was too good to be true.

“I soon realized that there was a difference between how I was treated and how the other employees were treated. When I went in for the job interview, they explained that they only had so much in terms of financial resources and that for that reason salaries were low and there was no private insurance,” she said. Much to her surprise, one day she overheard a male coworker talking on the phone with the hospital about his workplace-provided insurance policy. “After speaking with the other headscarf-wearing women there I learned that they negotiated separately with each employee about the benefits and salary package and that women at the company, all of whom wore scarves, never got insurance. I went to my boss and demanded that I be taken under the company insurance or at least have my salary increased accordingly. He told me, ‘Look, the deal is done. If you want you can go find another job, but it won't be easy, who is going to hire a headscarved woman in this field?' I was astonished. I left immediately and never went back,” she lamented. She currently works freelance from home but says that the workflow is unstable, especially given the economic crisis.

Zeynep A., 30, says she has had many similar experiences during her work life in Ankara. “It's wholly frustrating and demoralizing to try and find work as a woman who wears the headscarf. You can find a job, sure, but you cannot find a good job that will guarantee your economic independence. Islamic firms are the worst in this regard -- you think that a practicing Muslim would be the last person to take away your rights, but they are the first in line. They will work you for long hours with little pay and no benefits, just so that they can make a profit from your cheap labor. They know you probably cannot find a job elsewhere, so you have to suffer as long as you can,” she says. “I've worked at three Islamic companies and four normal firms, and I will never apply for a job at an Islamic company again. I can't even begin to explain what they put headscarved women through at these places; it turns the stomach. I'm not a slave, and I refuse to be treated without respect.” Zeynep, a certified accountant with a degree in economics, has been unemployed and living with her parents since last fall, when her workplace closed due to the crisis.