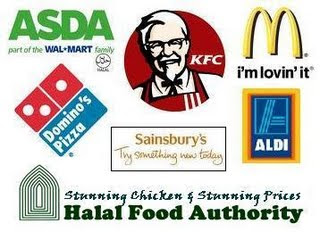 It has always been seen as a minority taste, dominated by specialist companies and independent retailers and largely neglected by gourmet restaurants.

But now the halal food market is seeing a surge of interest from mainstream producers and top chefs who are discovering a new market among young, middle class Muslims.

Sales of organic halal meat are up during the holy month of Ramadan, as Muslims prepare to mark the end of fasting with the festival of Eid al-Fitr this weekend.

Eid, "festivity" in Arabic, is typically celebrated with friends, family and good food, with many Muslims cooking a feast to mark the end of a month of abstinence from food and drink during daylight hours.

Upmarket restaurants have begun offering banquets complete with non-alcoholic cocktails to celebrate the end of abstinence and Harrods has introduced a range of halal gift confectionery to coincide with Eid.

There are an estimated 2.6 million Muslims in Britain, representing just over 3% of the population, but their appetite for meat outstrips that of the general population.

The market for halal fresh meat is estimated at £400m, equivalent to 11% of meat sales, according to Mintel.

Fast food chains such as KFC, McDonald's and Domino's Pizza are all working on trials offering halal meat, but options for upmarket dining have traditionally been more limited. That has now begun to change.

Zaika, a stylish Indian restaurant in Kensington, central London, frequented by well-known names including Formula One racing driver Jenson Button and comedian Ruby Wax, has launched a range of alcohol-free cocktails and has a wide variety of halal dishes on its menu.

Head chef Sanjay Dwivedi said: "It's been really busy during Ramadan and we've had so many young British Muslims coming in, some of them breaking their fast here or coming in later on to eat.

"They're all young, professional and moneyed and all quite trendy – they've got disposable incomes to go out and have really great food, and they know they can get halal meat here."

Awana, a Malaysian restaurant in Chelsea, has been running a Ramadan feast menu all month, catering for the evening meal when the daily fast is broken.

"We don't advertise our menu as halal because some of our sauces contain wine, but if a customer wanted us to amend a dish and have a halal meal, we would happily accommodate them," said restaurant manager Raoul de Souza.

The trend extends to home cooking too. At Abraham Natural Produce, a mail order halal meat business, orders have increased by 40% during Ramadan as families have been planning ahead for their Eid menus.

Duck, beef and guinea fowl have been particularly popular for customers who want a British-style roast dinner.

Sarah Carr and her husband Ali run the business, which is based in Devon.

She said: "There's a growing awareness about animal welfare and ethical produce among all consumers, including Muslims.

"A lot of our clients tend to be younger Muslim professionals who have got into organic food either because they're foodies who watch Jamie Oliver and Hugh Fearnley-Whittingstall, or because they feel strongly about the ethical organic movement.

"These guys want to be able to sit down to a nice organic Sunday roast, and get cuts of meat they can't normally get in your average halal butcher."

A spokesman for River Cottage said: "We've used their halal goat meat because of the fantastic quality.

"We believe everyone should have access to free range and organic produce and [it's important] that it comes from as local a producer as possible in season."

Last year, the emporium launched a range of halal Belgian chocolates for Ramadan.