Shin Beth: Forcing Palestinians to kill their own 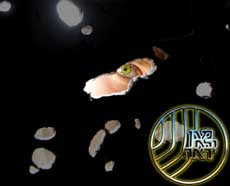 Founded in 1948, Shin Beth - or Shabak - is Israel's internal security service arm. Its motto is: "Defender that shall not be seen".

Shin Beth has been using a variety of tactics to recruit informers of late. A senior source told IslamOnline "In many instances, the collaborators were recruited while applying for travel permits that would enable them to go to the West Bank, or abroad, for purposes having to do with education and medical care. Sexual blackmail is also heavily used to recruit collaborators."

The source revealed that the Shin Beth began of late employing "novel ways" to recruit collaborators, including asking already recruited agents to gather data on Palestinian youths facing problems, especially financial problems. The Shin Beth officers would then contact these young men and try to induce them to provide information on the resistance in return for sums of money given to them at specific "dead spots".

The new recruits would then find their "wages" inserted inside a pack of cigarette placed in a mutually designated location, not frequented by many people.

Occasionally, a Shin Beth officer would contact some young men from families or clans hostile to Hamas. The officer would seek to convince the men that collaboration with Israel was the only way to get rid of Hamas' rule.

The Shin Beth audacity went so far as trying to recruit high-ranking officials and intellectuals who are not on good terms with Hamas. For example, the former mayor of Khan Younis, Dr. Fayez Abu Shammala, who had been dismissed by Hamas following the ousting of Fateh from Gaza in 2007, told IslamOnline.net, "I was surprised one day when a Shin Beth officer called me and began attacking Hamas for dismissing me. He then asked me to collaborate with Israel."

Abu Shamalla said he got furious and began screaming at the Shin Bet Officer, telling him not to call again.

On January 8, as a special Israeli army unit was storming and destroying a number of homes belonging to some of Hamas' military leaders at the Zaytoun neighborhood south of Gaza, locals were surprised to discover that two local — Palestinian — young men were escorting the soldiers, guiding them to specific homes. The two reportedly were dressed in the Israeli army uniforms.

They were executed after having their confessions recorded on video.

It was amply clear that the Israeli army didn't take real precautions to safeguard the lives of its collaborators and informers.

Toward the end of the war, Shin Beth Chief Yuval Diskin sent a strongly-worded letter to Chief of staff, Gabi Ashkenazi, protesting the way the army handled the informers during the war, which he said exposed them and eventually led to their liquidation by Hamas.

However, the army's response to Diskin's letter only underscored how lightly the Israeli security establishment viewed the lives of the informers.

In a letter published in the Israeli Hebrew newspaper Ma'ariv, Ashkenazi argued:

While the Shin Beth did criticize the army for failing to take sufficient precautionary measures to save the lives of the collaborators, it was clear that the army behavior enabled Hamas to identify and locate a large number of collaborators and informers.

A security source in Gaza intimated to IslamOnline.net that the majority of collaborators were apprehended while phoning their Shin Beth contacts and communicating to them information on the whereabouts of resistance fighters. The same source added that in many cases the informers were arrested after raising suspicions, e.g. by walking suspiciously in sensitive places, such as border areas, without reasonable justifications.

Halevy said the army possessed a preponderance of sensitive and important information on the Palestinian resistance which, he said, explained that there were no real surprises during the war.

"We received very accurate information and the collaborators informed us on booby-trapped homes and places where explosives hand been planted, near which power pole and under which tree."

He added that the "success" in the war was first and foremost a success the intelligence.

The same TV-Channel Two quoted an unnamed Shin Beth officer as saying that the importance of collaborators to Israeli security increased dramatically after the Israeli withdrawal from the Gaza Strip in 2005.

"They are simply our eyes and ears. We lure them with small sums of money or by taking advantage of their bad need for medical treatment or travel permits."

Along with informers we have to remember that Israel is heavily involved in spying of the west. There is no place where you wont find them. We only hear about them when they get caught but most of the time they roam fearlessly. Some years back, Indian engineer was recruited in the USA to pass some of its secrets to Israel. One would think that since USA is the biggest supporter of Israel, it would be exempt from the spying service.

According to Fox news in 2001, before 9/11 tragedy, over 140 Israelis were held in the USA on charges of spying while just after that over 60 were held. There is no indication the Israelis were involved in the Sept. 11 attacks, but investigators suspect that they may have gathered intelligence about the attacks in advance and not shared it.

Even tiny little New Zealand is not exempt. Two men said by New Zealand to be Israeli agents were sentenced in 2004 to six months in prison after pleading guilty to attempting to obtain a New Zealand passport illegally. They were released and deported after serving about two months. New Zealand's prime minister, Helen Clark, demanded a public apology from Israel and a commitment to prevent another such breach of her country's laws. She also imposed diplomatic sanctions on Israel from July 2004, including halting the approval of a new Israeli ambassador.

Even though Israel has been settling lots of former Informers in proper Israel and providing them with a new life, lets hope these Palestinians do not betray their own people.
Posted by Zafar Khan at 11:53