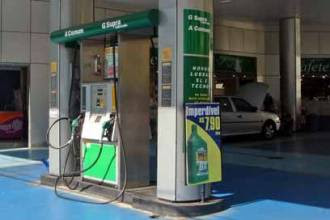 Wow. As if the debate around using ethanol to fuel cars weren't already complicated enough, now an Islamic scholar has suggested that driving or even riding in a vehicle fueled by ethanol could be considered a sin for observant Muslims.

The opinion comes from Sheikh Mohamed al-Najimi, of the Islamic Jurisprudence Academy in Saudi Arabia. It is based on the part of Islamic law derived from a statement by the prophet in which dealing with alcohol in any form--including purchase, sale, transport, consumption, and manufacture--is strictly prohibited.

The sheikh urged that the issue of ethanol-powered vehicles should be studied by Islamic religious scholars, and stressed that the statement was not a fatwa but simply his own opinion. He noted that any ban would extend beyond Islamic countries to cover observant Muslims in other countries. This might include tourists, students abroad, and other groups.

Sheikh Mohamed Al-Najimi, member of the Saudi Islamic Jurisprudence Academy, based his statement on a saying by the prophet that prohibited all kinds of dealings with alcohol including buying, selling, carrying, serving, drinking, and manufacturing, the Saudi newspaper Shams reported Thursday.

Bio fuel is becoming increasingly popular in the West for its relatively low price and as an environmentally-friendly source of energy..

In the past few years, millions of organic-fuel cars have been manufactured in Europe, the United States, Brazil, China, and India.

The Muslim Community Lobby Ireland's blog points out that, in addition to Sheikh Mohamed's position being incorrect, ironically, the very word alcohol is of Arabic origin and it was Persian chemists in the 8th and 9th centuries who perfected distilling pure ethanol for use in perfumes and eyeliner. The process was then introduced into Europe, after being translated by European scholars in the 12th century.

I have not yet seen any authoritative fatwa on this topic but there are fatwas on Islam Online pointing to the answer of this:

“There are many types of alcohol, actually there are hundreds of members in alcohol family. Among them ethyl is the best known and this alcohol is generally used in beverages. There are some types of alcohol that are denatured and are used in perfumes and other cleansing agents. The rubbing alcohol does not contain ethyl alcohol. It is dangerous for drinking and may cause blindness and death. The external use of such alcohol is not forbidden in Islam.

According to the Qur’an and Sunnah, it is Haram to drink alcohol or alcoholic beverages. Even a small amount of alcohol is Haram and it must be avoided. However, jurists have differed on the Najasah or the physical impurity of alcohol. Some of them consider it Najis (impure), meaning that if it touches the body and clothes then it must be washed. There are others who do not consider it Najis. There are many jurists who have allowed the use of rubbing alcohol and the use of perfumes that contain alcohol.”
Posted by Zafar Khan at 11:54