Hassan Butt: Reformed Islamist was a professional liar and hoaxer

The Islamophobes loved him; the Muslims cringed every time he opened his mouth. Now it turns out it was all a farce; Butt, an opportunist, or a vulture more to the point–sought to make a quick buck on the rampant anti-Muslim fervour that's blighting the lives of Muslims and wasted precious police and court time in the process.

Let us not forget, Butt isn't the first and won't be the last of this dangerous breed. 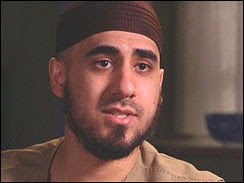 Inayat Bunglawala has already summed up what I would have written:

He was a self-confessed al-Qaida insider who in the aftermath of the 9/11 attacks was interviewed by all the major news networks eager to hear his fiery rhetoric.

Following the 7/7 bombings, he told us that he had now recognised the error of his ways and was committed to countering "Islamism". He was going to spill the beans in a keenly anticipated book called Leaving al-Qaida relating how he had gone about recruiting British Muslims to go overseas and fight.

The American CBS network's flagship documentary programme 60 Minutes broadcast an interview with him in March 2007 in which he talked about his "recruiting and fundraising techniques" in his extremist days.

Government ministers such as Tony McNulty sought an audience with him in order to listen to his learned thoughts on how to de-radicalise young Muslims.

... away from violence while teaching wider society that radical Islam is not a rational reaction to Western provocation, but a totalitarian ideology with a life of its own.

Ed Husain, an admirer and also an "ex-Islamist" warned:

In Manchester in April [2007], Hassan Butt, a one-time jihadist who is now opposed to extremism, was stabbed and beaten for speaking out against fanaticism. He now lives in hiding.

There was only one problem with all this though – it was complete bullshit.

Hassan Butt's admission in court that he was a "professional liar" who said what "the media wanted to hear" because all he was really interested in was making money will not have come as a surprise to many British Muslims who have long viewed him as a charlatan.

Butt "confessed he had also stabbed himself in the arm to make it appear as if he had been attacked by extremists for speaking out against violence."

The tens of millions of pounds that the government has poured into its preventing violent extremism programme has inevitably attracted a number of self-professed "ex-Islamists" who are prepared to say exactly what the government and sections of the media want to hear ie that the rise of violent extremism in the UK has little to do with our government's warmongering abroad and is mainly the fault of "Islamist ideology".

Such an answer of course perfectly suits the government, which does not favour closer scrutiny of the impact of some of its actions abroad.

It also suits those like Cohen who were enthusiastic propagandists for those misbegotten wars.

With the election of Barack Obama and his warmly received call for there to be a "new partnership based on mutual respect and mutual interest" between the United States and the Muslim world, there at long last exists an opportunity to make amends for some of the disastrous mistakes of the past.

If we in the UK are to also avail ourselves of that opportunity it will require the government to do more than simply offer what are in effect bribes to those who are willing to turn a blind eye to its unjust policies.

Channel 4 News has exposed the deception perpetrated by Hassan Butt, a one-time loudmouth with al-Muhajiroun, who has supposedly turned tail and written a book with Shiv Malik about his "exploits" as a militant Islamist. However, police have now released extracts from the interviews he gave since he was arrested last month while trying to fly to Pakistan. Most significantly, he told police that the stabbing he received in Manchester was in fact arranged by him, so that Shiv Malik would believe him. He also said he had never met anyone from al-Qa'ida or who even claimed to be from al-Qa'ida, and the police believed him and let him go. Amusing for the interview with Shiv himself towards the end.