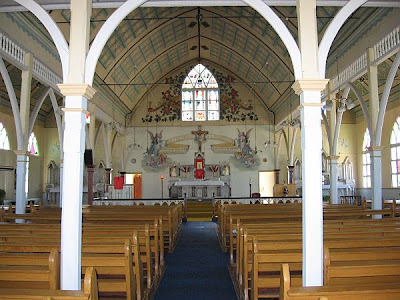 A former nun's tell-all story which details illicit relationships, sexual harassment and bullying in the convent where she spent three decades is causing ructions in the Catholic Church in the south Indian state of Kerala.

In Amen – an autobiography of a nun, Sister Jesme says when she became a nun she discovered priests were forcing novices to have sex with them. There were also secret homosexual relationships among the nuns and at one point she was forced into such a relationship by another nun who told her she preferred this kind of arrangement as it ruled out the possibility of pregnancy.

Sister Jesme, who quit last year as the principal of a Catholic college in Thrissur, alleges senior nuns tried to have her committed to a mental institution after she spoke out against them.

In her book, she says that while travelling through Bangalore, she was once directed to stay with a purportedly pious priest who took her to a garden "and showed me several pairs cuddling behind trees. He also gave me a sermon on the necessity of physical love and described the illicit affairs that certain bishops and priests had". The priest took her to his home, stripped off his clothes and ordered her to do the same.

She also alleges that while senior staff turned a blind eye to the actions of more experienced nuns, novices were strongly punished, even for minor transgressions. She was not allowed to go home after she learnt her father had died. "I was able to see [the body of] my father barely 15 minutes before the funeral," she writes. "The [response] of the superiors was that the then senior sisters were not even lucky enough to see the bodies of their parents."

When she resigned as a college principal, she claimed convents had become "houses of torture", saying: "The mental torture was unbearable. When I questioned the church's stand on self-financing colleges and certain other issues, they accused me of having mental problems. They have even sent me to a psychiatrist. There are many nuns undergoing ill-treatment from the order, but they are afraid of challenging it. The church is a formidable fortress."

The allegations are not the only controversy to rock the Catholic Church in Kerala. Last summer, a 23-year-old novice committed suicide and left a note saying she had been harassed by her Mother Superior. Reports suggest there have been a number of similar suicides. And in November, police in Kerala arrested two priests and a nun in connection with the killing of Sister Abhaya in a notorious 1992 murder.

Even though shocking, this might not be big news in the Catholic world. Over the last few years there have been many shocking revelations about the abuse of children by catholic priests and clergy. Just in Ireland by 2006 there were more than 100 priests that were involved in abuse of over 350 children. This is considering the fact that similar things were reported in the past with regards to Ireland. What is more shocking is that the pope has been said to be involved in cover-up of these abuses.

To avoid these kinds of problems, in Islam Marriage is said to be fard or compulsary. A hadith mentions that when a Muslim marries, he completes half of his religion. The Prophet (peace and blessings be upon him) is also reported to have said: "Four things bring one joy: a righteous wife, a spacious house, a pious neighbor and a comfortable riding animal." The Glorious Qur’an highlights this universal law in the following two verses: (And all things We have created by pairs, that haply ye may reflect.) (Adh-Dhariyat 51: 49) (Glory be to Him Who created all the sexual pairs, of that which the earth groweth, and of themselves, and of that which they know not.) (Ya-Sin 36: 36)

You can read more about the concept of Marriage in Islam here.
Posted by Zafar Khan at 13:18