Palestinians creating bombs out of Pasta and Tomato paste 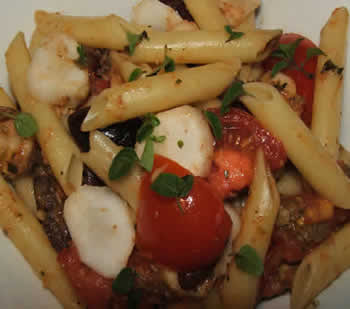 Members of the highest-ranking American delegation to tour Gaza were shocked to discover that the Israeli blockade against the Hamas-ruled territory included such food staples as lentils, macaroni and tomato paste.

Aid groups complain of Israel's restrictions on the delivery of humanitarian aid, even harmless goods such as soap and toilet papers, into Gaza.

In one case, Israel blocked for weeks a World Food Program (WFP) shipment of chickpeas, used to make the Palestinian food staple hummus.

"When have lentil bombs been going off lately? Is someone going to kill you with a piece of macaroni?" asked Congressman Brian Laird. It was only after Senator John Kerry, the head of the Senate Foreign Relations Committee, raised the issue with Defence Minister Ehud Barak after their trip last month that Israel allowed the pasta in. Macaroni was considered a luxury item, not a humanitarian necessity, they were told. The total number of products blacklisted by Israel remains a mystery for UN officials and the relief agencies which face long delays in bringing in supplies. For security reasons such items as cement and steel rods are banned as they could be used by Hamas to build bunkers or the rockets used to target Israeli civilians. Hearing aids have been banned in case the mercury in their batteries could be used to produce chemical weapons.

Yet since the end of the war in January, according to non-government organisations, five truckloads of school notebooks were turned back at the crossing at Kerem Shalom where goods are subject to a $1,000 (£700) per truck "handling fee".

Paper to print new textbooks for Palestinian schools was stopped, as were freezer appliances, generators and water pumps, cooking gas and chickpeas. And the French government was incensed when an entire water purification system was denied entry. Christopher Gunness, the spokesman for the UN agency UNRWA responsible for Palestinian refugees, said: "One of the big problems is that the 'banned list' is a moving target so we discover things are banned on a 'case by case', 'day by day' basis."

Human Rights Watch executive director Kenneth Roth said: "Israel's blockade policy can be summed up in one word and it is punishment, not security."

The onslaught, the deadliest ever against Gaza, wrecked havoc on the infrastructure, leaving nearly 20,000 homes and thousands of other buildings damaged.
Posted by Zafar Khan at 07:55