£60,000 damages for nearly killing an innocent 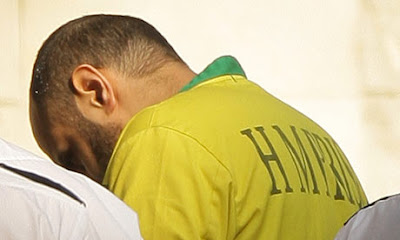 The Metropolitan police agreed to pay £60,000 damages to a British Muslim after a high court admission that officers had subjected him to "serious, gratuitous and prolonged" attack.

The court was told that Babar Ahmad, who is accused of raising funds for terrorism, had been punched, kicked and throttled during his arrest by officers from the force's territorial support group in December 2003.

The Met had repeatedly denied the claims, saying officers had used reasonable force during the arrest.

However, lawyers for the force's commissioner, Sir Paul Stephenson, today admitted at the high court that Ahmad had been the victim of gratuitous and sustained violence at his home in Tooting, south-west London.

"The commissioner has today admitted that his officers subjected Babar Ahmad to grave abuse tantamount to torture during his arrest," Ahmad's solicitor, Fiona Murphy, said outside the court.

During the hearing, it emerged that the Met had lost "a number of large mail sacks" containing details of other similar allegations against the officers who assaulted Ahmad.

During his arrest, Ahmad was punched, kicked and throttled, the court heard.

Officers stamped on the 34-year-old's feet and repeatedly punched him in the head before he was forced into the Muslim prayer position and they shouted: "Where is your God now? Pray to him."

After a sustained attack, he was forced into the back of a police van, where he was again beaten and punched before being put in a "life-threatening" neck hold and told: "You will remember this day for the rest of your life."

At one stage, one of the officers grabbed his testicles and he was also deliberately wrenched by his handcuffs – a technique known to cause intense pain.

Ahmad has been in detention since he was rearrested in 2004 after a request from the US government over claims he helped raise money to fund terrorist campaigns.

The court heard that no evidence had been produced against Ahmad, and he had never been charged with any offence.

He is now fighting extradition to the US in the European courts.
Posted by Zafar Khan at 15:59