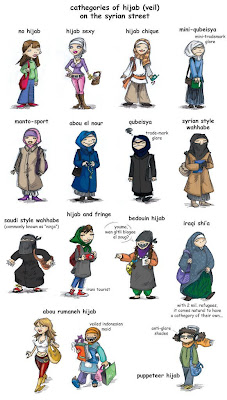 Every few months there is some kind of controversy over Hijab in US. This time its regarding driving license:

On Monday, the House Judiciary Committee approved a proposal that would prohibit people from wearing anything on their heads in their driver's license photo.

Committee Chairman Rex Duncan, R-Sand Springs, took another legislator's bill (that was designed to deal with a completely different issue) and persuaded the committee to put in his ban on eyeglasses, scarves or other head wear in driver's license pictures — with no exception for things worn for religious reasons.

Duncan said the proposal started with a recent Norman incident in which a Muslim woman got into a dispute with the tag agent over a driver's license picture involving her hijab — a traditional head scarf worn by Muslim women. The tag agency wanted her to push the scarf past her hairline, which she felt violated her religious practices.

Later, the Department of Public Safety accommodated the woman in accord with the agency's previous policy and took a new picture with her hijab at her hairline.

The situation was resolved amicably: The department got an identifying picture; the woman got to maintain her religious practices and obtain a driver's license.

How's this for an unintended consequence: We're sorry, Sister Mary, but if you want a driver's license, you'll have to take off your habit.

Meanwhile, the blogosphere is now full of women blogging about their Hijab experiences. Here are some of them: