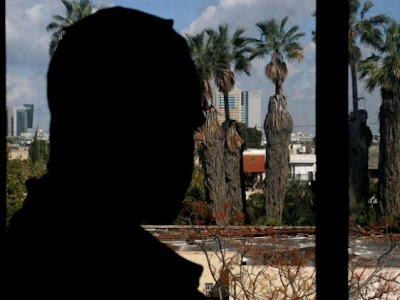 A former member of an Israeli assassination squad has broken his silence for the first time.

The Israeli military's policy of targeted killings has been described from the inside for the first time. In an interview with The Independent on Sunday, and in his testimony to an ex-soldiers' organisation, Breaking the Silence, a former member of an assassination squad has told of his role in a botched ambush that killed two Palestinian bystanders, as well as the two militants targeted.

The operation, which took place a little over eight years ago, at the start of the present intifada, or uprising, left the former sharpshooter with psychological scars. To this day he has not told his parents of his participation in what he called "the first face-to-face assassination of the intifada".

As the uprising unfolded, targeted assassinations became a regularly used weapon in the armoury of the Israel military, especially in Gaza, where arrests would later become less easy than in the West Bank. The highest-profile were those of Hamas leaders Ahmed Yassin and Abdel Aziz Rantisi in 2005, and of Said Siyam in the most recent offensive. But the targeting of lower-level militants, like the one killed in the operation described by the former soldier, became sufficiently common to attract little comment.

The incident described by the ex-soldier appears almost trivial by comparison with so much that has happened since in Gaza, culminating in more than 1,200 Palestinian casualties inflicted by Operation Cast Lead this January. It might have been forgotten by all except those directly affected, if it had not been for the highly unusual account of it he gave to Breaking the Silence, which has collected testimony from hundreds of former troops concerned about what they saw and did – including abuses of Palestinians – during their service in the occupied territories.

That account, expanded on in an interview with the IoS, and broadly corroborated by another soldier's testimony to Breaking the Silence, directly challenges elements of the military's official version at the time, while casting new light on the tactic of targeted assassination by the Israeli Defence Forces (IDF). So do comments by the father of one of the Palestinians killed, and one who survived, also traced by the IoS.

The former conscript said his special unit had trained for an assassination, but was then told it would be an arrest operation. They would fire only if the targeted man had weapons in his car. "We were pretty bombed it was going to be an arrest. We wanted to kill," he said. The unit then went south to Gaza and took up position. It was 22 November 2000.

The squad's main target was a Palestinian militant called Jamal Abdel Razeq. He was in the passenger seat of a black Hyundai being driven north towards Khan Younis by his comrade, Awni Dhuheir. Both men were wholly unaware of the trap that was waiting for him near the Morag junction. This section of the main Salahadin north-south road in Gaza went straight past a Jewish settlement. Razeq was used to seeing an armoured personnel carrier (APC) beside the road, but he had no idea that its regular crew had been replaced by men from an elite air force special unit, including at least two highly trained sharpshooters.

Since before he even left his home in Rafah that morning, Shin Bet – the Israeli intelligence service – had been monitoring Razeq's every move with uncanny accuracy, thanks to a running commentary from the mobile phones of two Palestinian collaborators, including one of his own uncles. The man who was to kill him says he was "amazed" at the detail relayed to the unit commander from Shin Bet: "How much coffee he had in his glass, when he was leaving. They knew he had a driver [and] ... they said they had weapons in the trunk, not in the car. For 20 minutes we knew it was going to be a simple arrest because they had no weapons in the car."

But then, he says, the orders suddenly changed. "They said he had one minute to arrive, and then we got an order that it was going to be an assassination after all." He thinks it came from a war room set up for the operation and his impression was that "all the big chiefs were there", including a brigadier general.

The two militants would still have suspected nothing as they approached the junction, even when a big Israel Defence Forces (IDF) supply truck lumbered out of a side turning to cut them off. They would have had no way of knowing the truck was full of armed soldiers, waiting for this moment. A 4x4 was deployed by the road, only in case "something really wrong" happened.

But something did go wrong: the truck moved out too soon, and blocked not only the militants in their black Hyundai, but the white Mercedes taxi in front of them. It was carrying Sami Abu Laban, 29, a baker, and Na'el Al Leddawi, 22, a student. They were on their way from Rafah to Khan Younis to try to buy some scarce diesel to fire the bread ovens.

As the critical moment approached, the sharpshooter said he began to shake from the waist down. "What happens now is I'm waiting for the car to come and I am losing control of my legs. I have an M16 with digicom [special sharpshooter sights]. It was one of the strangest things that ever happened to me. I felt completely concentrated. So the seconds are counted down, then we started seeing the cars, and we see that two cars are coming, not one. There was a first car very close to the following one and when the truck came in, it came in a bit early, and both cars were stopped.Everything stopped. They gave us two seconds and they said, 'Shoot. Fire.'" Who gave the order, and to whom? "The unit commander ... to everybody. Everybody heard 'Fire'."

The target, Razeq, was in the passenger seat, closest to the APC. "I have no doubt I see him in the scope. I start shooting. Everyone starts shooting, and I lose control. I shoot for one or two seconds. I counted afterwards – shot 11 bullets in his head. I could have shot one shot and that's it. It was five seconds of firing.

"I look through the scope, see half of his head. I have no reason to shoot 11 bullets. I think maybe from the fear, maybe to cope with all the things that are happening, I just continue shooting."

As far as he can recall, the order to fire was not specific to the sharpshooters in the APC. He cannot know for certain if the troops in the truck thought wrongly that some of the fire was directed at them from the cars. But he says that after he stopped "the firing gets even worse. I think the people in the truck started to panic. They're firing and one of the cars starts driving and the commander says, 'Stop, stop, stop, stop!' It takes a few seconds to completely stop and what I see afterwards is that both cars are full of holes. The first car, too, which was there by coincidence."

Razeq and Dhuheir, the militants, were dead. So were Abu Laban and Al Leddawi. Miraculously, the driver of the taxi, Nahed Fuju, was unscathed. The sharpshooter can remember only one of the four bodies lying on the ground. "I was shocked by that body. It was like a sack. It was full of flies. And they asked who shot the first car [the Mercedes] and nobody answered. I think everybody was confused. It was clear that it had been a screw-up and nobody was admitting [it]." But the commander did not hold a formal debriefing until the unit returned to its main base.

"The commander came in and said, 'Congratulations. We got a phone call from the Prime Minister and from the Minister of Defence and the chief of staff. They all congratulated us. We succeeded perfectly in our mission. Thank you.' And from that point on, I understood that they were very happy." He says the only discussion was over the real risk there had been of soldiers' casualties from friendly fire in the shoot-out, in which at least one of the IDF's own vehicles was hit by ricocheting bullets, and at the end of which at least one soldier even got out of the 4x4 and fired at an inert body on the ground.

Saying his impression was "they wanted the press or the Palestinians to know they were raising a step in our fight", he adds: "The feeling was of a big success and I waited for a debriefing that would ask all these questions, that would show some regret for some failure, but it didn't happen. The only thing that I felt is that the commanders knew that it was a very big political success for them."

The incident immediately caused something of a stir. Mohammed Dahlan, then head of the Fatah-run Preventative Security in Gaza, called it a "barbaric assassination". The account given at the time to the press by Brigadier General Yair Naveh, in charge of IDF forces in Gaza, was that it had been intended as an arrest operation, but that sensing something amiss, Razeq had pulled out a Kalashnikov rifle and attempted to open fire at the Israeli forces, at which point the troops shot at his vehicle. While Razeq was the main target, it was claimed, the two victims in the taxi were were also Fatah activists "with ties to Razeq".

Mr Al Leddawi said last week that his son's presence was a tragic accident of timing and that the family had never heard of the other two men. "It was all by coincidence that they were there," he said. "We have nothing do with the resistance in this family." Beyond saying that he had received "not a shekel" in compensation, the taxi driver, Mr Fuju, did not want to talk to us in Rafah last week. "You want to interview me so the Israelis can bomb my house?"

The Israeli military said in response to detailed queries about the incident and the discrepancies between its account at the time and that of Palestinians, and now the ex-soldier, that it takes "human rights violations very seriously" but "regrets that Breaking the Silence does not provide it with details or testimony of the incidents it alleges in order to allow for a thorough investigation". It added that "these soldiers and commanders did not approach senior commanders ... with their complaints during their service."
Posted by Zafar Khan at 12:01