Why do Muslims worldwide care about Palestine? 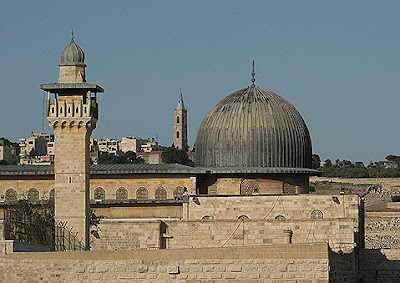 A very simple answer to this questions is Palestine is very important and special to Muslims for many reasons. One of the main reasons is that Al-Masjid Al-Aqsa, the site of Al-Israa’ and Al-Mi`raj of Prophet Muhammad (peace and blessings be upon him), is found there. Also, Palestine is where many of the prophets were born or died, including Prophets Ibrahim, Lut, Dawud, Sulayman, Musa and `Isa.

Al-Aqsa was also the first qiblah for Muslims before the current Qibla in Mecca. Muslims consider it as the third most holy place in Islam. There is one more basic reason; all Muslims are Brothers and Sisters in faith and if some of them are affected then the others feel the pain too.

Palestinians have been living on this land for centuries along with the Jews until they were forcefully removed when the state of Israel was established. Now, 80% of the land is occupied by Israel and the remaining 20% is in the hands of Palestinians, but even in this tiny space they are under siege. The place where the Palestinians now live is no more than an iron-cage. Like everyone else in the world, the Palestinians have the right to dignity, freedom and human rights. The world needs to recognize this fact and work toward a just and fair solution to the problem. This is the only sure way to peace. War can never solve this problem. Therefore, let us acknowledge and face the reality.

If we read the history, say for example American War of Independence, the Americans carried out "terrorist" acts against their "British occupiers". What was referred to as terrorism then is now recognised as patriotism. The Palestinians are doing the same acts against their 'Israeli occupiers' and everyone needs to support their freedom.
Posted by Zafar Khan at 18:59

Email ThisBlogThis!Share to TwitterShare to FacebookShare to Pinterest
Labels: Palestine