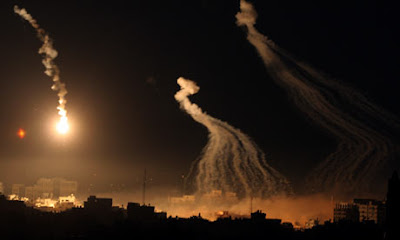 Israel has been killing people indiscriminately. With more than 1100 people already dead and around 6000 injured, their tactic has been to stop media entering and reporting from Gaza as this would expose their crimes.

Unfortunately for them, many newspapers already have local correspondents in there who are reporting the truth and thanks to the Internet age, we can now see the truth first hand. 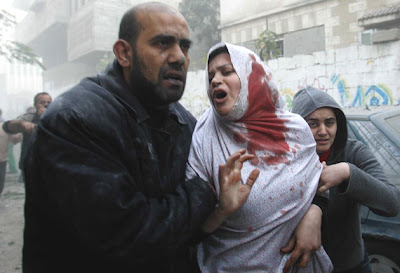 So lets see what Israel is doing in Palestine:
I think the western world wants Israel to kill couple thousand more people before it will move to grant Palestine their basic human right of freedom and living in dignity and peace.
Posted by Zafar Khan at 14:40