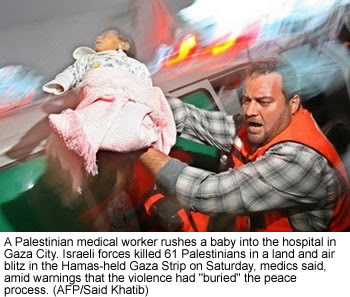 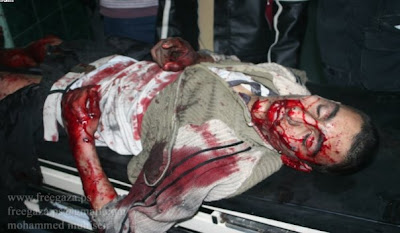 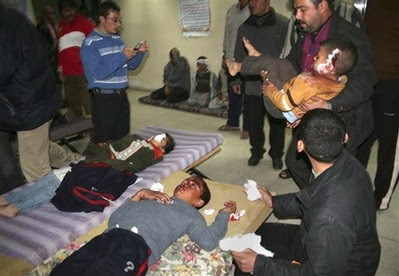 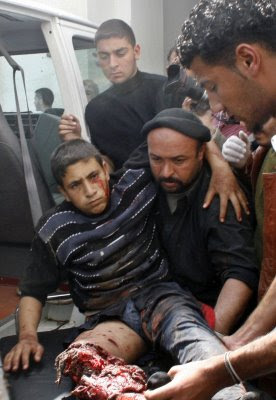 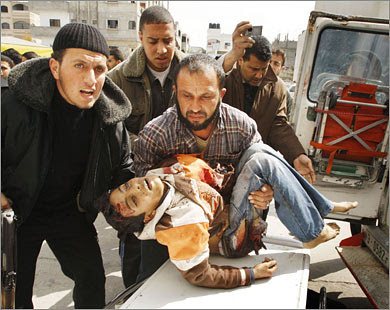 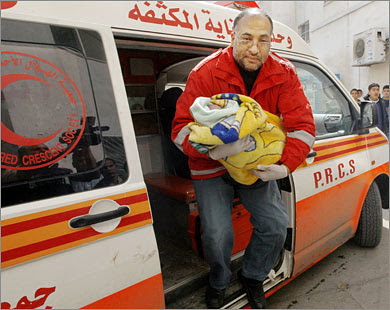 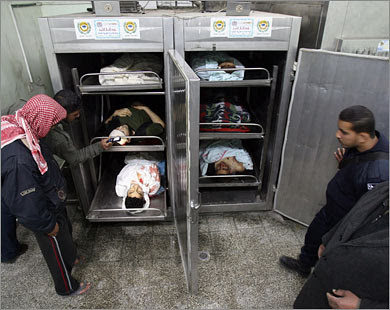 As Israeli air strikes entered its eighth day on Saturday, January 3, a leading international rights group berated the "lopsided" US support for the ongoing Israeli atrocities in the strip.

Washington failed to criticize Israel over its attacks in Gaza, which killed 838 people dead, including at least 75 children and 21 women.

The offensive -- one of Israel's deadliest ever against Gaza -- has wounded more than 2,285 people

Israel's relentless air strikes on the Palestinian enclave may be drawing strong criticism and calls for a ceasefire in much of the rest of the world, but a common reaction of Israelis is that outsiders simply don't understand what they have been going through.

Domestic opposition has been much more muted than in some past wars, and even in those areas deemed to be Jerusalem's most liberal, the mood was generally uncompromising.

"I feel terribly sorry for the poor people of Gaza, but this had to happen," said 34-year-old Alona Keren, a chef from the German Colony. "Going in on the ground is necessary because that would be the only way to make sure that Hamas cannot continue firing rockets. I have friends in the army and some of them may not come back from such an operation. But I am afraid that is the price we must prepare ourselves to pay."

People across several continents have staged rallies to protest against Israel's ongoing bombardment of Gaza.

Thousands of Palestinians demonstrated in the West Bank city of Ramallah on Friday, after calls by Hamas for a "day of wrath".

"We will sacrifice our soul and our blood for Gaza," chanted the demonstrators, shouting pro-Hamas slogans and calling on fighters to "hit Tel-Aviv".

In Jerusalem, protesters clashed with police after Friday prayers.

With a view to curb protests, Israel sealed off the West Bank for the day as well as key parts of Jerusalem. Men aged under 50 years were prohibited from entering the Al-Aqsa mosque.

In the Jordanian capital Amman, riot police fired teargas to push back hundreds of protesters marching towards the Israeli embassy. Several protesters were beaten and arrested by police, the news agency Reuters said.

More than 10,000 people marched through Indonesia's capital carrying banners and Palestinian flags. The demonstrators gathered in the city centre to pray for the
safety of Palestinians before marching to the US embassy, which was guarded by hundreds of police.

Protests were also held in other Indonesian cities after Friday prayers.

More than 100 protesters gathered outside the Egyptian embassy in London yesterday demanding the country opens its border with Gaza.

Betty Hunter, general secretary of the Palestine Solidarity Campaign, said: "Egypt has to say this is our border and we can open it. It would allow humanitarian aid in and it would also allow the sick and the injured to come out and they could go to hospital.